Leonard Pitts: What will we do in future without newspapers? 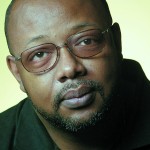 “The Vindy,” as it’s known, announced its death about a week before Jeffrey Epstein was arrested. Though the timing was only a coincidence, the juxtaposition speaks volumes about the state of American journalism.

Epstein, as you may know, is the billionaire money manager who was taken into custody Saturday in New Jersey on charges of sex trafficking. This comes more than 12 years after similar accusations were leveled involving the molestation of dozens of underage girls at his mansion in Palm Beach. Though Epstein could have been put away for life, he was given a sweetheart deal allowing him to plead guilty to two prostitution charges and serve just 13 months in county jail.

The Vindy’s death you probably don’t know, unless you live in or around Youngstown, Ohio, where the Vindicator has been the local daily newspaper for 150 years. Last month, it announced it will cease publication on Aug. 31.

The Washington Post reports the Vindicator has lost money for 20 of the last 22 years, and the owner finally decided to pull the plug. So a city of 65,000 people in a metro area of over half a million will have no one covering its cops and courts, its mayor and city council. Not to mention pervy businessmen who molest underage girls.

Even in Miami, a city still served by vigorous newspapers, it took years to uncover the alleged crimes of Epstein and his enablers. One shudders to think what might have happened without the indefatigable work of Miami Herald reporter Julie K. Brown. Epstein might still be living the high life, not shuffling to court appearances in a blue jumpsuit. If you suspect this humble correspondent is simply proud of a colleague, well, I am. But the point being made here is larger than that: What will we do in a future without newspapers?

Decide quickly, because that future is being born right before our eyes, thanks to shifting economic realities and the rise of social media.

The numbers, as codified in a 2018 report by the University of North Carolina School of Media and Journalism, are sobering. The United States has lost nearly 1,800 newspapers since 2004.

Hundreds of other papers have hollowed out until they are little more than ghosts of what they used to be. Of over 3,100 counties in the United States, about 200 now have no newspaper at all.

Granted, a newspaper — as a cynic once chirped — is just yesterday’s news printed on dead trees. Though these days, it’s also read from smartphone screens, the larger point about old media frumpiness still stands.

Bottom line, it would not be filled. If you’re living in a news desert and the mayor is crooked, the cops corrupt or the businessmen pervy, how would you know? Chances are, you would not.

Last week, in Epstein’s case, we saw a reminder of how newspaper journalism can still be a force for light and right. Each reminder offers a starkly different vision of America’s future. You can bet readers of the Vindy know which one they’d prefer.

And that Jeffrey Epstein does, too.

Letter: Ways to prevent pets from being spooked

The Cabarrus County sheriff’s K-9 who bolted from his handler after being spooked by Fourth of July fireworks is fortunate.... read more