Man accused of shooting at Waffle House turns himself in; victim remains hospitalized 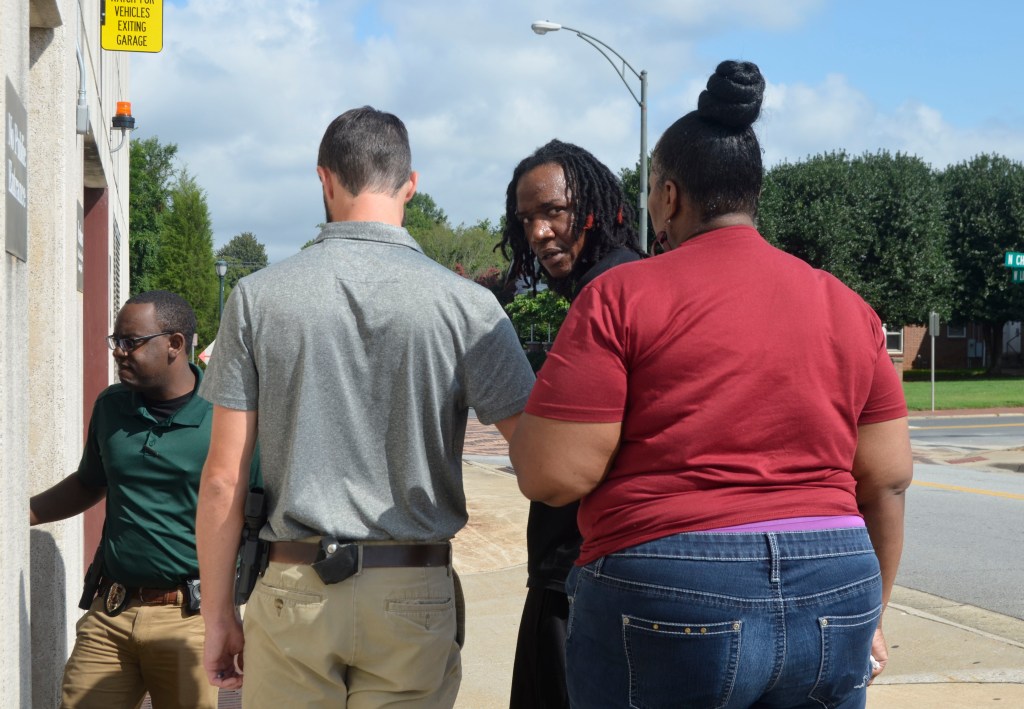 Salisbury police detectives escort accused Waffle House shooter Jaquan Morris, center, into the Rowan County jail as a relative, right, speaks with him before he goes inside. Shavonne Walker/Salisbury Post

SALISBURY — Nearly two weeks after an East Spencer man was shot multiple times at a Salisbury Waffle House, the man accused of shooting him has turned himself in.

Jaquan Kamai Morris, 29, of the 400 block of Geter Road, Woodleaf, was charged Wednesday morning with felony attempted first-degree murder and assault with a deadly weapon with intent to kill inflicting serious injury.

Blakeney was shot multiple times and was transferred to Wake Forest Baptist Medical Center in Winston-Salem for treatment.

Blakeney was initially deemed in critical but stable condition. Police officials confirmed Wednesday that Blakeney was released from the hospital but was readmitted following medical complications.

The shooting occurred about 3 a.m. after a group of people arrived at the restaurant. The two men argued, and police officials said a woman can be seen on surveillance video trying to intervene. The men argued for five to 10 minutes before the shooting, police said.

Other customers were in the restaurant at the time, but no one else was injured.

Crime scene tape was placed around the perimeter of the restaurant into late evening on the day of the shooting as employees cleaned inside.

On July 8, police detectives identified Morris as the shooter and asked for the public’s help to locate him. saying at the time he may be in Woodleaf, Salisbury or Mocksville.

Police officials said that about 9 a.m. Wednesday, Morris turned himself in at the Salisbury Police Department and was taken to the Rowan County Magistrate’s Office.

Morris was issued a $125,000 secured bond and an additional $280 bond for a Cabarrus County littering offense. He is expected to have a first appearance in court at 9 a.m. Friday.