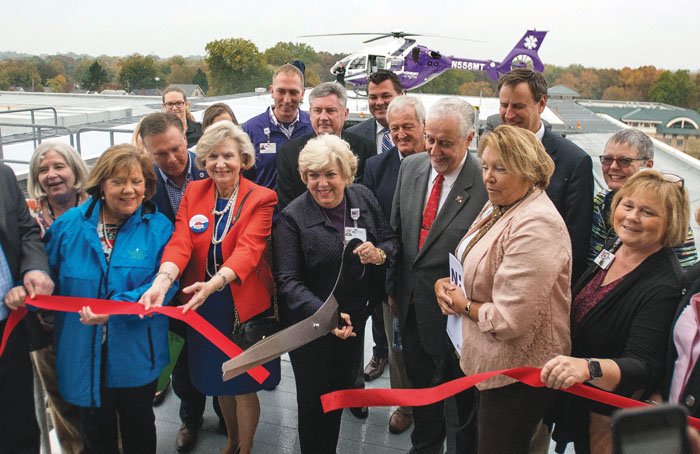 SALISBURY — To not see the people of Rowan Medical Center every day has been an adjustment, says Dari Caldwell, who moved on from her role as president of the hospital last month and into a new position at Novant Health Foundation.

The employees of Rowan Medical Center are warm, loving and giving, Caldwell said.

But the decision, announced in May, came while Caldwell was talking with her boss, Harry Smith, senior vice president for acute care of Novant.

“Being a hospital president is a heavy load,” Caldwell said. You are always on call and “over a period of time” that adds up, she said. 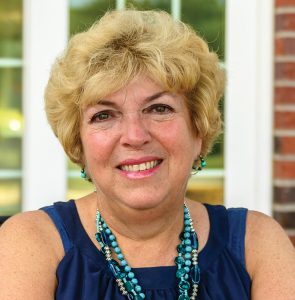 Caldwell, who is originally from Kannapolis, received her bachelor’s degree in nursing from the University of North Carolina at Chapel Hill in 1979. She earned her master’s in nursing from Duke University in 1981 and a doctorate in health care administration from Columbia Pacific University.

Caldwell is transitioning into the role as vice president at Novant Health Foundation. Caldwell hopes to be able to spend more time with her family. And making her decision easier, Rowan Medical Center has recently completed a number of good projects.

“It is amazing how far the medical center has come in the past 10 years, particularly with being able to recruit well-trained, high-caliber physicians and staff,” Caldwell said.

Caldwell used the example of the hospital’s capability to treat heart attacks as they are occurring.

“That’s a real high-level service that a lot of communities would love to have,” she said.

“It’s really important in our community,” she said, especially for those who have diabetes.

Another big advance was bringing in Dr. Erick Mallico, a bariatric surgeon, she said.

“That really boosted our surgical program,” she said.

Other major projects during Caldwell’s tenure include:

• Establishing a state-of-the-art emergency department with a kid-friendly designation as well as launching a trauma program.

• Attaining a baby-friendly designation for the maternity program.

• Expanding access to care by adding six primary care physician practices across the county as well as intensivists to the critical care unit and a neurohospitalist program.

And, importantly, her career includes receiving the Order of the Long Leaf Pine Award in 2016. One of the highest awards that the governor can present, the award was presented to Caldwell to recognize her service to the community.

After a long career in health care, Caldwell said it was strange to recently walk through the halls for the last time. And to physically not be there every day has been an adjustment, she said.

“I thought back to the first time I walked down the hall of the hospital, I was a nursing assistant in the summer during a summer job between freshman and sophomore year of college,” she said.

By going through good and difficult times together, there is a sense of family among those who work at Rowan Medical, she said. One former colleague is already checking up on her, she added.

The flexibility of schedule in her new job has been appreciated, she said She’s recently been able to enjoy simple pleasures with family, including taking her granddaughter, Sullivan, to Tweetsie Railroad, a wild-west theme park in the North Carolina mountains.

Caldwell said she also helped her son Chris move to Louisiana from West Virginia and visited her other son, Trent, who lives in Hickory.

Being able to let go and be in the moment is a welcome change from the responsibility of running a hospital.

“At any given time, you can have a tree go down on Fulton Street, take out Duke Power’s line; then you don’t have a CT scanner,” she said.

What do you do?

“After 35 years, it is pretty exhausting to carry those worries constantly,” she said.

Caldwell said she is looking forward to moving one step closer to handing off the baton to the next generation, speaking highly of her interim replacement, Gary Blabon, with whom she worked closely.

She is not ready to stop working completely and plans to stay busy as new vice president of Novant Health Foundation.

One major task will be working to finish the capital campaign for the Wallace Cancer Center, she said.

“In the work of the foundation, people think immediately about raising money,” she said. But foundations are about “enhancing relationships with people in the community and, we like to say, raising friends and funds.”

“With any health system, you always have the opportunity to engage with the community,” she said. “Educating the community about the great medical center we have is always on the front of my mind.”

As an example, Caldwell said Rowan Medical Center is one of the first hospitals in the region to offer robotic orthopedic surgery. Many are unaware this service is available, and most don’t realize that the hospital offers other great services unless they happen to need them, she added.

“Getting that message out and really sharing what we do and how we do it out in the community is a critical role,” Caldwell said.