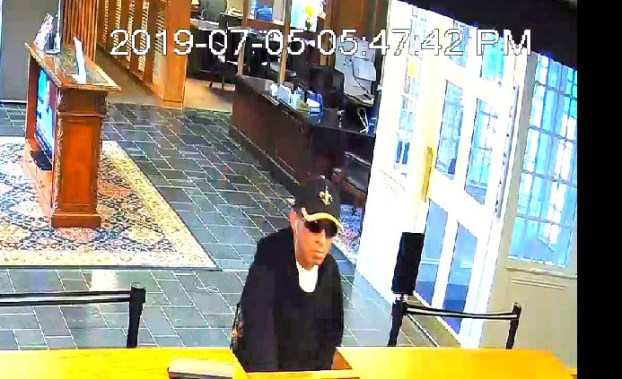 Salisbury Police are looking for a man who robbed the F&M Bank located on West Jake Alexander Boulevard. Submitted photo 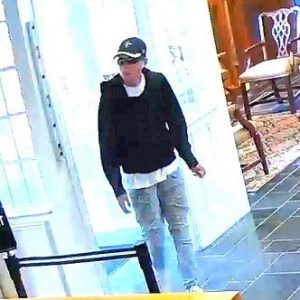 Salisbury Police are looking for a man who robbed the F&M Bank located on West Jake Alexander Boulevard. Submitted photo

SALISBURY — The Salisbury Police Department is seeking the public’s help to find the man who robbed the F&M Bank at 630 W. Jake Alexander Blvd.

Police say a white man robbed the bank Friday. He is described as being in his early 20s, between 5 feet 7 inches tall to 5 feet 9 inches tall, and weighing 160 pounds.

He entered the bank at closing time and gave a teller a note demanding money. The teller complied with the request, and the robber left the bank on foot running toward Maupin Avenue. Officers and K-9 units searched the area but were unable to find the suspect.

Anyone who was in the area at the time and may have seen something or anyone who has information about the suspect should call 911 or the Police Department at 704-638-5333. Tips can also be made by calling Salisbury-Rowan CrimeStoppers at 866-639-5245 or contacting the Police Department by Facebook Messenger.

Ask Us: What’s the cost of sidewalks and fencing on Jake Alexander Boulevard?

Editor’s note: Ask Us is a weekly feature published online on Mondays and in print on Tuesdays. We’ll seek to... read more