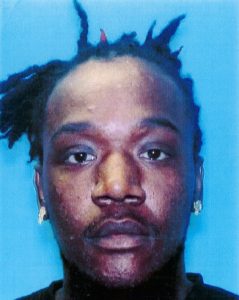 SALISBURY — Jaquan Kamai Morris of Woodleaf was identified by police Monday as the gunman in a June shooting at Waffle House that left another man in critical condition.

Police received a call June 30 about a disturbance at the restaurant, located at 501 E. Innes St. Additional calls confirmed that someone had been shot.

Detectives with the Salisbury Police Department Violent Crimes Unit identified Morris as the shooter. Warrants have been issued for his arrest on charges of attempted first-degree murder and assault with a deadly weapon with intent to kill inflicting serious injury.

Police officials said Morris may be in the Mocksville, Woodleaf or Salisbury areas. He should be considered armed and dangerous, they said, and police warn people not to approach Morris.

A Salisbury man is currently being held at the Rowan County Detention center under a combined $105,000 secured bond following... read more