Salisbury faces question: What authority does it have around ‘Fame?’ 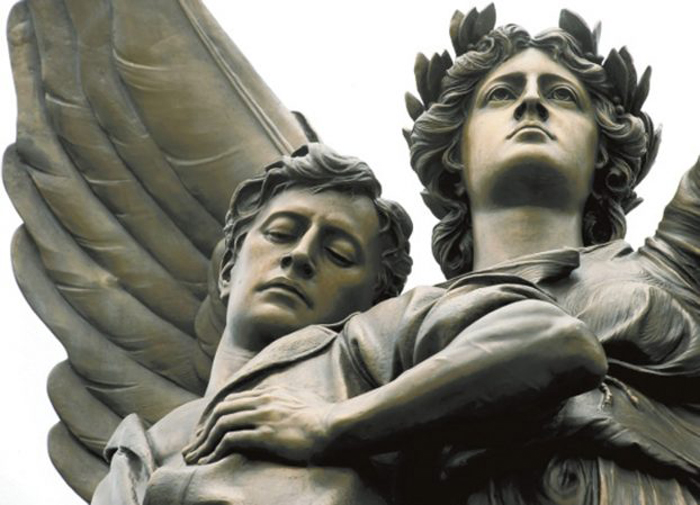 SALISBURY — Last month, residents met at the Salisbury Civic Center to give their feedback on what the city should do with the Confederate statue “Fame,” but Salisbury is far from the only city to discuss the future of a Civil War monument.

As the most recent debate has flared up, Salisbury has been faced with a question: Does it have the authority to remove or relocate “Fame?”

The history of “Fame” dates to the early 1900s. On Aug. 6, 1908, Salisbury’s then Board of Aldermen reportedly approved a resolution granting the United Daughters of the Confederacy the right to use property to place the statue “Fame” on West Innes Street.

In 1927, then-Mayor A.H. Boyden signed a document saying the city had approved a resolution nearly two decades earlier. The document states “that said site shall be used perpetually for said monument, and shall be under the care of said Robert F. Hoke Chapter, United Daughters of the Confederacy, and its successors, from generation to generation, subject to such rules and regulations, as may be prescribed by said chapter and approved by the Board of Aldermen of the city of Salisbury.”

It wouldn’t be until decades later that a bill was passed by the N.C. General Assembly and signed into law by Gov. Pat McCrory addressing the removal of monuments like “Fame.” The Historic Artifact Management and Patriotism Act was passed in July 2015, and it said a monument, memorial or work of art owned by the state may not be removed, relocated or altered in any way without the approval of the North Carolina Historical Commission.

As Salisbury Mayor Al Heggins has attempted to generate conversation about the monument in the wake of two separate incidents of vandalism, the bill has been a focal point in the city’s consideration about whether it has any authority to move “Fame.”

In Winston-Salem, a Confederate statue was removed on March 12. Forsyth County argued the statue was no longer publicly owned after the land was sold to a private company, meaning the state law didn’t apply.

Adam Lovelady, an associate professor of public law and government at the UNC School of Government, said the law attributes public safety to the discretion of a building inspector, and he doesn’t think the intent of the public safety exception includes graffiti and toppling.

Public safety has been a talking point of late in the “Fame” discussion, too. At the June Civic Center meeting, proponents for the statue’s relocation argued it is a public safety concern after vandalism in August and in March. In those two incidents, vandals splashed paint on the monument.

Lovelady wrote a blog post titled “Statues and Statutes: Limits on Removing Monuments from Public Property” after the protests in Charlottesville, Virginia, in August 2017 and protests that same month in Durham. And in the post, he considered how the public safety exemption might apply.

“The toppled statute in Durham displayed the potential of an unsafe and dangerous condition when protesters pull down a monument,” Lovelady wrote. “Could the public safety exception apply when the dangerous condition arises from actions related to the object rather than from the physical object itself? Possibly, but the statute is not clear.”

Freeze said the agreement between the city and the UDC “is a sequential, contractual arrangement that periodically must be reviewed and renewed.” He said the city should discuss the arrangement with the UDC, which has declined to participate in discussions arranged by Heggins so far.

To compare “Fame” to other city’s statues is not feasible, Freeze said. Durham’s statue was cheap, but Salisbury’s is a work of art and Salisbury is “obsessed with its aesthetics,” he said.

Corriher said there are differences about all of the objects of remembrance.

Providing some context around “Fame” is Freeze’s proposed solution, with markers on West Innes Street by the future Bell Tower Green park. On the median, there would be soldiers with crossing swords, croppers with plowshares, a lion, lambs, children and a statue of “Hope,” the mother of Fama, the Roman goddess that the statue is based on.

“History is always something that you’re making as you go along,” Freeze said.

Natalie Alms contributed to this story.