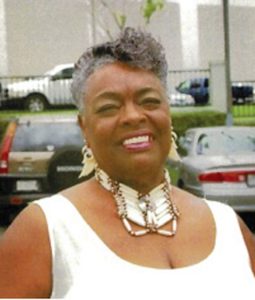 There are words and idioms added to our vocabulary regularly: 850 terms and definitions have just been brought on board from a cross section of our linguistic culture. {MeriamWebster.com} We may use these without thought of impact, but some words need explanation as well as definition.

What does the term, “Politically Correct” mean? When did it become in vogue to use it? Does it infer that we are leaving it to politicians to govern our speech: evaluating the efficacy of our slanguage? That would not imbue confidence in view of our times. LOL.

Wikipedia says PC is language or policies that are intended to avoid offense to disadvantaged groups. Its use became common placed in the ’80s to refer to preference for inclusion; earlier use adhered to strict political orthodoxy.

While some may feel that this method is the equivalent to tactfulness, it goes far beyond: bordering on unreality, compromising the spirit of truth, causing acceptance of circumstances that defy integrity, the bible, historic evidence and the moral fiber of society.

Consider the word and act of Adultery: cheating on one’s spouse is spoken of nonchalantly as: a fling: affair: liaison: playing the field: a bit on the side: carrying on: fooling around: hanky-panky and more tongue in cheek idiomatic phraseology.

None of these terms aptly convey the serious consequences of infidelity on all concerned as reported statistic show: 40% divorce rates. Perhaps if it were spoken of as the abomination that degrades marriage, destroys families and were frowned upon, attitudes might change.

What’s wrong with calling a “spade [gardening tool] a spade”? For certain the unvarnished truth will irritate, but offense is often the motivation for change, like the formation of a beautiful pearl.
Moral turpitude can be stunted with clear understanding of concepts, not by obscuring meanings of words in a potpourri of ego-stroking flattery or by catering to whimsical sayings that mask and impede consciousness of real danger.

There is no foul in being a loved and respected janitor, known for getting the job done well: Oh, is this one of the disadvantaged groups that needs a “Politically correct” title: Environmental Maintenance Engineer: A rose is still a rose by any other name.