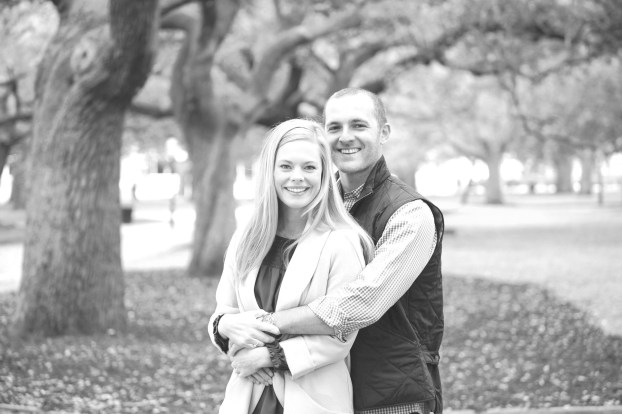 Mr. and Mrs. Brian Ross Lee of Salisbury are pleased to announce the engagement of their daughter, Allison Lee and Evan Burns of Charleston, S.C.

The bride-to-be is the granddaughter of the late Rev. and Mrs. Thomas O. Dekle and Mr. Donald Ross Lee and the late Mrs. Jane McElroy Lee of Charlotte. A 2009 graduate of Salisbury High School, Allison earned a bachelor of science in sports management from Winthrop University in 2013. She also received her masters in business management from the University of St. Andrews in 2015. Allison is currently employed with the United States Golf Association as the manager of the U.S. Women’s Open Championship.

The future groom is the son of Mr. and Mrs. Gregory Burns of Saratoga Springs, N.Y. and the grandson of the late Mr. Edward Burns and Mrs. Virginia Marie Burns of Milford, Mass. A 2009 graduate of Milford High School, Evan received his bachelor of science in marketing with a minor in management from Clemson University in 2013. He is currently employed as a sales executive with BoomTown.

The wedding is Sept. 27, 2019 at Pinehurst Country Club in Pinehurst.