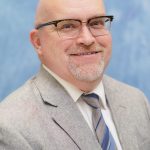 In the debate over the Confederate monument known as “Fame,” the history of white supremacy in America cannot be ignored.

I do not say “southern white supremacy” because white supremacy has never been limited by sectionalism. It was embedded in American law and custom in the colonial era. It has influenced our history ever since.

For brevity’s sake, I begin with Reconstruction. The Congressional Reconstruction Acts (1867-68) required southern states to give political rights to African Americans as a condition of readmission to the Union. North Carolina’s 1868 constitution abolished slavery under state law, provided universal male suffrage and removed religious and property-holding qualifications for voting and office-holding.

The forces of white supremacy recovered quickly, weakening the democratic provisions of the 1868 constitution by amendment in 1873 and 1875.

The Democratic Party took power through the County Government Act of 1877, which permitted Democrats to prohibit African-Americans and Republicans from holding public office in the counties. Despite the limited success of the Fusion movement (a coalition of poor whites and African-Americans) in protecting voting rights in 1895 and 1897, white political dominance was re-established with passage of the disfranchisement amendment of 1900.

It required voters to pay a poll tax and pass a literacy test. A voter could be exempted from the poll tax and literacy test if he or his lineal ancestor was a registered voter before 1867, provided he registered before 1908. The purpose of the “grandfather clause” was to re-align the political interests of poor whites with the white elite and stop African-American men from voting.

The movement for white supremacy was supported by organized white violence and terrorism against Republicans, African Americans, and Populists who challenged white power. Early on, the Ku Klux Klan was so active that Gov. W.W. Holden commissioned a militia to combat the Klan in Alamance and Caswell counties in 1870.

But from 1898 to 1900, the Red Shirts of the Democratic Party carried out the work of white violence, most famously in the Wilmington Massacre, which resulted in the murder of at least 11 African-Americans and a Democratic coup d’état in Wilmington. Salisbury was not immune to white terrorism as a means of social control, as the 1906 lynching of Nease Gillespie, John Gillespie, and Jack Dillingham demonstrated.

Given the political suppression of African-Americans that preceded the establishment of “Fame,” the monument cannot be understood merely as a memorial to Confederate soldiers. It is also an imposing and unmistakable symbol of resurgent white hegemony. It stands nearly 23 feet tall, occupying the center of downtown Salisbury, claiming the public space for the ideology of the Lost Cause. The language associated with the monument’s creation – the city’s resolution granting the land on which it stands, the inscriptions it bears and the speeches given on the day of its unveiling — assumed that the Southern white audience was the only audience that mattered.

When Salisbury’s aldermen passed the resolution granting the land, the Carolina Watchman commented, “All citizens will be glad to know that the great object for which the Daughters of the Confederacy have labored so faithfully will be obtained” (August 12, 1908, page 6). The resolution noted that the monument would memorialize “the Confederate soldiers of Rowan County who fought so heroically for the rights and liberty of the people of the South and the State of North Carolina during the late war between the States.” Obviously, African-Americans were excluded from “all citizens” and “the people of the South” in that context.

Their voices and perspectives were irrelevant.

The inscriptions on the monument lauded the soldiers’ “undying devotion to duty and country,” their “noble sufferings and matchless achievements” as well as the “Constitutional liberty and state sovereignty” for which they died.

Yet the notions of liberty and sovereignty that the monument glorified were opposed to African-American enfranchisement.

At the monument’s unveiling, Confederate Gen. Bennett H. Young praised the elevated “culture, refinement, chivalry, and patriotism” of the antebellum South, which “stood at the very forefront of civilization.”

The Confederates were defeated not because they were wrong, but because of God’s inscrutable will. Indeed, Young defended the absolute justice of the Confederate cause. “We failed and yet we know we stood for truth” (Salisbury Evening Post, May 10, 1909, pages 1 and 4).

This is the message for which the United Daughters of the Confederacy invested a decade of effort and $11,500. This is the message that brought 4,000 white citizens, including 162 Confederate veterans and 600 school children bearing flowers, into the streets of Salisbury, May 9, 1909. Rowan’s African-American residents understood the message clearly, judging by their apparent absence from all aspects of the monument’s unveiling.

If they were present, the press took no notice of them, which is another way of putting the message across. One-hundred-and-ten years later, the message remains clear.

Thank you for the “Ask Us” column attempting to clarify new recycling guidelines in Rowan County The reference to the... read more