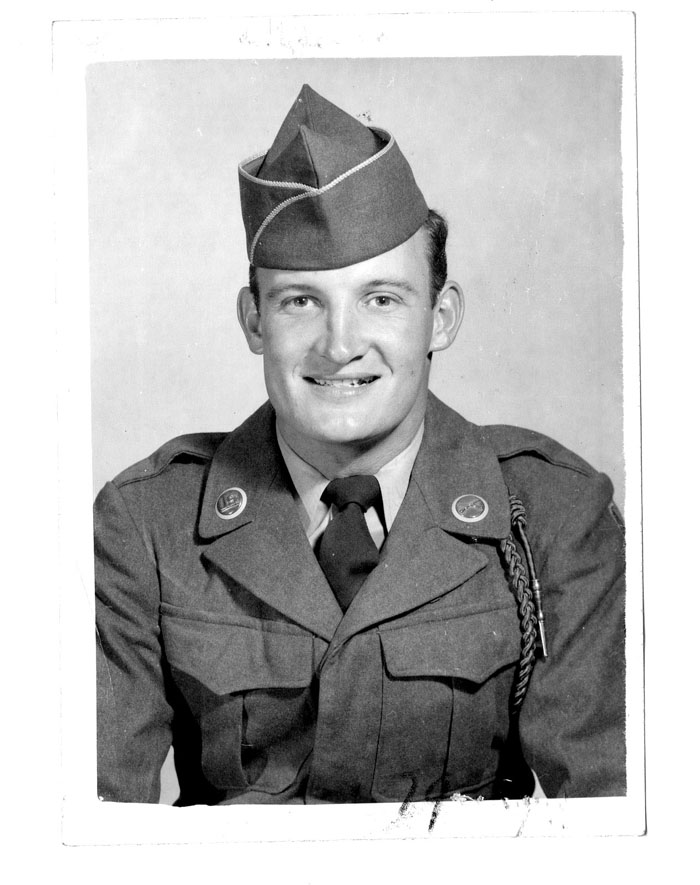 Page Lyerly grew up in Salisbury and played football at Boyden High School and Catawba College. His grandson, a pitcher in the Chicago Cubs organization, is teammates with a former Catawba College star. 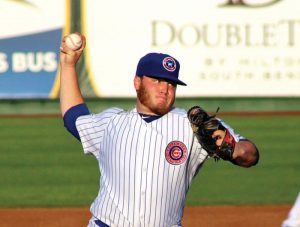 SALISBURY — Page Lyerly passed away in 2011, but his adventurous spirit lives on through an odds-defying grandson, Jeffrey Passantino, who might pitch in the major leagues.

One of seven children, Lyerly grew up poor in the 1940s near downtown Salisbury.

He was a cut-up, a punk without much ambition when he arrived at Salisbury’s Boyden High School, but he was a good athlete, and the school’s football coach Bill Ludwig got him straightened out.

The story goes that the turning point for Lyerly was the day he was kicked out of his English class for minor mischief such as throwing spit-wads.

Lyerly wasn’t overly concerned about it, at least not until an angry Ludwig summoned him into his office and chewed him out before football practice.

Ludwig informed Lyerly he’d shown character on the football field, but was letting down his team, his coaches, his school, his family and himself by misbehaving in class. Ludwig told him he could be a leader if he put his mind to it, and Lyerly took that message to heart. He was touched that his coach cared enough to get on him. Lyerly never wanted to let Ludwig down again. He never disrupted another class. He never smoked another cigarette. He reformed.

Lyerly did a good job on the field for Ludwig and graduated from Boyden in 1951.

Lyerly went on to Catawba College where he was elected as freshman class president.

He competed in football for the Indians in the 1952 and 1953 seasons. He played for head coaches Robert Spangler and Clyde Biggers and played alongside men such as Bill Peeler and All-Americans Harold Carter and Harvey Stratton.

He didn’t finish at Catawba. He joined the North Carolina National Guard.

In 1955, he graduated from The United States Army Infantry School at Fort Benning, Ga., and became a platoon sergeant.

In February 1959, he made the decision to head for California with Bob “Bucket” Chambers in a 1949 Ford. He had only a couple of dollars in his pocket, but he also had a belief that if he worked hard enough he could make it. Ludwig had instilled that work ethic in him.

California is where Lyerly made it big as an entrepreneur and businessman. His first job was a meager stock boy, but he got his foot in the door in sales with a plastics firm and proved to be a born salesman. With the Hallmark Cards company, he rose from salesman to district representative to owner of five stores.

He was always an athlete. As a mountain climber in California, he scaled Mount Whitney, the highest point in the lower 48 states with an elevation of 14,505 feet. He also climbed the granite crest of Half Dome in Yosemite National Park.

In 1967, Lyerly married a girl from Colorado named Ann Mackenzie.

Their daughter, Elizabeth, would marry a Kansas man named Jeff Passantino. The real estate business led to the Passantinos relocating to Florida.

Jeffrey, the son of Elizabeth and Jeff Passantino, would grow up to become a terrific pitcher in the Florida high school ranks. He pitched his Bishop Verot team in Fort Myers to a state championship in 2011.

Jeffrey Passantino, who was born in September 1995, went on to play Division I baseball at Lipscomb University in Nashville, Tennessee.

He won 15 games during his three-year career for Lipscomb and made his mark in the prestigious Cape Cod Baseball League in the summer of 2016. He was named the most outstanding pitcher in that league after posting a 6-0 record for the Falmouth Commodores.

Passantino’s father, who was the driving force behind his baseball career, passed away at 48 from a heart attack, just months after his son’s success in the Cape Cod League.

As a Lipscomb junior in the spring of 2017, Passantino struck out 95 and walked nine. Based on his college stats and his Cape Cod performance against elite competition, Passantino could have been drafted in the first five rounds in 2017, but he wasn’t — for two reasons. First, he’s not 6-foot-3. He’s listed at 5-foot-9. Second, he doesn’t throw with extreme velocity. His heater maxes out in the 89-90 mph range.

Because of his size, because of his chunky build (225 pounds) and because of those modest radar gun readings, Passantino almost wasn’t drafted at all. But one scout was sold on him and went to bat for him. The Chicago Cubs, who were the reigning world champs, finally selected Passantino with the last pick in the 40th — and final — round. He was pick No. 1,215. He was “Mr. Irrelevant” for 2017.

Passantino could have returned to Lipscomb for his senior year, but the dream is the dream.

“Yes, I was the last pick of the draft,” Passantino told a Baseball America reporter. “But at the same time, I get to do something most kids dream of. Now, I get to play professional baseball.”

Despite his perceived shortcomings, Passantino has moved forward in professional baseball due to his control and tenacity. He commands four pitches — four-seam fastball, circle changeup, curveball and cutter — and he’s a bulldog on the mound.

A week ago, on June 27, the 23-year-old Passantino was promoted to make a start for the Triple A Iowa Cubs.

He pitched four innings that night against Omaha, allowed one run and left the game with a 3-1 lead. The pitcher who followed him on the mound was former Catawba College star Craig Brooks, another relatively short pitcher at 5-foot-10, and a seventh-round draft pick by the Cubs in 2015. It’s not known if Passantino and Brooks knew they shared a Catawba connection, but it was a strange-but-true moment. Iowa won the game. Brooks got credit for the win.

Passantino made his second outing for Iowa on Tuesday and held San Antonio to one run in five innings.

On Thursday, the Fourth of July, Passantino was moved down by the Cubs to the Double A Tennessee Smokies.

But his career record in pro ball is 13-2, and he’s struck seven times as many batters as he’s walked.

It’s likely we haven’t heard the last of him.