My turn, Reid Leonard: Norvell there for students without theater program 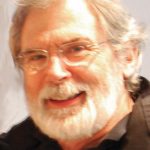 I told him the Norvell Theater would be there for him.

Theater performace is important in education. In English classes, a poem on the page is a poem, a short story is a short story, but a play is only a blueprint that holds personalitites, human behavior, magical settings and stories.

When I first came to Piedmont Players in the mid 1980s, the only drama program in Rowan County was at West Rowan High School, and it had no faculty advisor. You had to know Pete Bogle and his gang to find young people interested in acting. Piedmont Players’ program introduced drama to first through sixth graders in the Salisbury School System, and there were only a few student actors involved.

After the merger of the City and County systems, only the 4th and 5th graders were allowed to participate in the program because of the cost.

After the Meroney Theater opened, a second show was added to the schedule and, with the opening of the Norvell Theater, five shows and a summer of classes were possible for the students of Rowan County. Private schools, with limited facilities and schools from surrounding counties, soon were involved in the Norvell Theater programs.

The Norvell Theater came from discussions with Mrs. Norvell on Saturday mornings in her living room.

All the ideas for the theater were based on the idea of giving opportunities to students.

Some schools had drama programs. Some didn’t. Some had limited facilities.

Teachers in individual schools came and went and programs came and went with them. South Rowan used to have a good theater program. North Rowan is just developing a program. Some students can’t commit to the arts programs at Carson.

Theater can be an activity, it can develop into a lifelong interest or it can be a career: you can find former Norvell Theater performers on Fox TV or at Tinseltown. The Norvell Theater provides the opportunity for all of these things to happen.

This past year, a class at Graystone Academy was studying Shakespeare’s Hamlet while the Norvell Theater was rehearsing a production of the play. There were three members of the class in the production. The English teacher and his class were analyzing the play as literature each morning, while the stage director and the cast tried to figure out how to bring the play to life each afternoon.

It was a remarkable educational experience for all involved.

A recent Norvell Theater summer camp participant was too nervous to go onstage for the week-ending performance. Some of the other camp members went and coaxed her onstage. As the performance progressed, the week of practice kicked in and her confidence increased.

By the end of the performance, she was taking bows with the rest of the class.

The hard part is walking onstage. We are here to make sure she has the opportunity.

To the student at Salisbury High and to all the students in our area, the Norvell Theater is there for you.

Editorial: In Medicaid expansion, both sides must negotiate in good faith