As municipal filing nears, candidates weigh whether to run 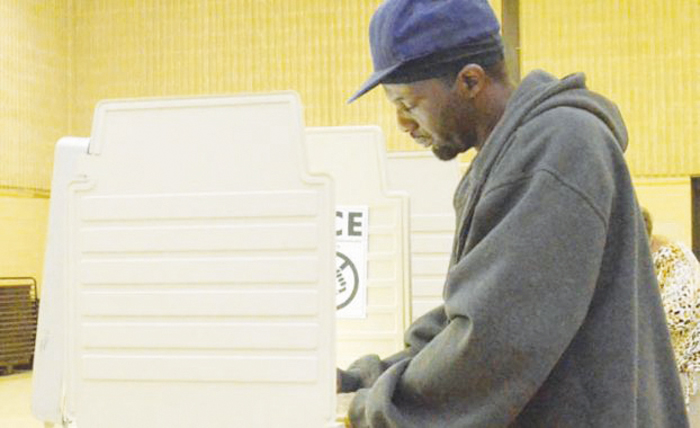 SALISBURY — To run or not to run is the question for many municipal leaders as filing for office begins at noon Friday.

But Landis Mayor Mike Mahaley, Rockwell Mayor Beau Taylor and Granite Quarry Mayor Bill Feather are still on the fence about whether their names will be on November’s ballot.

Spencer Mayor Jim Gobbel says his name will not be on the ballot, having decided after the last election that it would be his last.

Cleveland Mayor Danny Gabriel did not respond to the Salisbury Post before deadline.

Meanwhile, in Salisbury, Mayor Pro Tem David Post and City Councilwoman Karen Alexander have announced they will run again for City Council. Councilman Brian Miller said he has not decided yet, calling it a process. Mayor Al Heggins and Councilwoman Tamara Sheffield did not return phone calls before deadline.

Both Mallett and Withers said they are happy with their current boards and look forward to community growth and projects expected in the future.

In East Spencer, Mallett says the board has accomplished a great deal with a new water line, applying for a sewer grant and improving the quality of life. She said the town is looking to provide more housing options as the population grows.

Mallett hopes to file for office on the first day.

Withers said China Grove has a lot of great things yet to be accomplished and the current board works well together toward a common goal. The town is on the cusp of seeing new development nearby at Old Beatty Ford Road and Interstate 85.

Feather said there is some uncertainty in Granite Quarry and he expects after Monday’s Board of Aldermen meeting he will be able to make a decision about his future. The town is in a state of flux as leaders consider how to proceed on hiring a town manager as well as the town structure. Feather said he also wants to see who else files for office.

Landis’ Mahaley said he has not made up his mind yet. He recalled one year when he decided not to enter the race after he got in his car to drive to the Rowan County Board of Elections Office.

“We’ll find out in a couple days,” Mahaley said.

Taylor has served as mayor of Rockwell for 16 years, and before that as mayor pro tem. He said the town looks forward to new development and a new police station.

Several mayors had advice for those considering a run: be involved in the town.

“If anyone is an alderman or a mayor candidate, you’ve got to be committed,” Gobbel said. “You’ve got to work.”

He said he learns something every day, and Spencer has plenty of people who are qualified to be on the board.

Mallett says board members have to serve the community and have time to meet with residents.

“Your repayment should be what you’ve given to others,” Mallett said.

Feather said candidates should take time to learn the town’s operations, such as the budget process and its effect on residents, and not to just look at the job as a title.

Withers said running for office is a brave step but also one of stupidity.

“You’re in a glass house, and you can’t forget that,” Withers said.

To file, candidates must visit the Rowan County Board of Elections Office at West End Plaza. It’s open from 8 a.m. to 5 p.m. Monday through Friday.

Candidates must submit a notice of candidacy at the office. The document is at ncsbe.gov/Elections/Candidate-Filing or at the elections office.