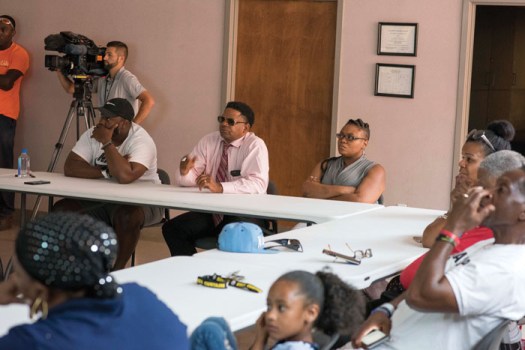 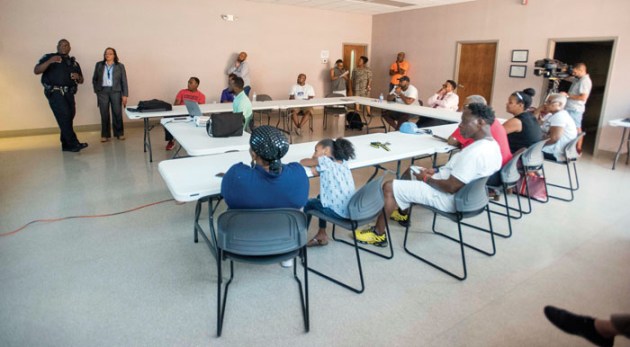 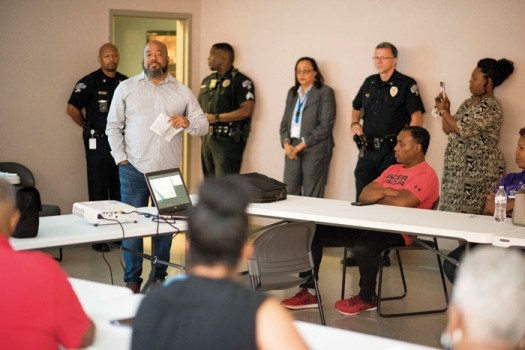 SALISBURY — Maintaining control and listening are keys to heading off violent confrontations, said presenters at a training session of the Summer Cease-Fire program on Monday afternoon.

The Rowan-Salisbury NAACP and the Salisbury Police Department hosted the session.

The program targets gun-related violence by training residents to be “interrupters” who can de-escalate situations before they turn violent. The training session offered strategies to use in potentially explosive situations.

“It’s not about you,” said Alberta McLaughlin, the victim and witness advocate for the Salisbury Police Department. “It’s about you helping calm that person down.”

The program is modeled after the cure violence model that has been used in Chicago and New York as well as smaller cities.

“Violence begets violence,” said Deputy Police Chief Shon Barnes, likening the spread of violence to the spread of the flu. People with training can stop its proliferation.

“Listen. Listen. Listen,” McLaughlin said. “I can’t stress that enough. In order to de-escalate a person, you have to listen to what they have to say.”

Many of the strategies centered on how to make an agitated and potentially violent person feel calm and safe. Tips included calling the person by his or her name, lowering your voice and asking before you touch someone.

“You never know what the trigger might be or what the anger might be in that moment,” McLaughlin said. “You’re giving control back to that person” by asking if you can touch them.

Although the training is being administered by organizations, participants emphasized that community is at its core.

“If we can’t get the community to buy in, it won’t work,” said Pastor Anthony Smith.

This first training session came in the aftermath of a shooting early Sunday morning at Waffle House. Dundrielle Lafrank Blakeney, 40, is in critical but stable condition after being shot. Police are still searching for the man who shot him after the two argued inside the restaurant at 501 E. Innes St.

Gemale Black, president of the Salisbury-Rowan NAACP, wondered if the situation could have turned out differently had a trained de-escalator been there.

“That’s why we need more people in the community,” Black said. “If anything, it makes us work harder.”

Barnes said that violent crime has been going down in Salisbury, but this program is part of an ongoing effort to maintain and expand the downward trend.

Subrina Hough, who attended the meeting, said she sees Summer Cease-Fire as an extension of her work at Parents Point of View, where she does college preparatory work with students and parents.

“I know that our African-American community has a great need for us to be more active,” Hough said. “I want to be part of that process.”

She hopes that active programs and activities that get parents as equally involved as their children can be planned and implemented as part of Summer Cease-Fire.

The next step for Summer Cease-Fire is another meeting to be held in the next few weeks. Roles and responsibilities will be delegated, and residents can work together to plan programs that expand beyond de-escalation interventions specifically.