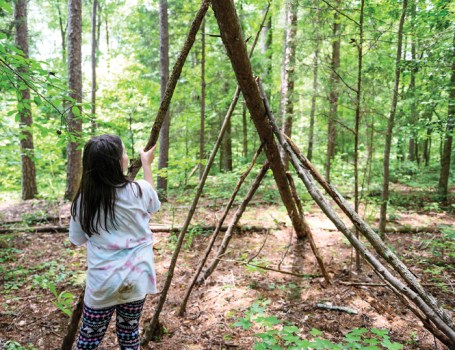 Gracie Bloom puts a branch on a fallen tree to build a shelter at the Outdoor Survival Skills camp at Dan Nicholas Park. Bernadine Hernandez/Salisbury Post 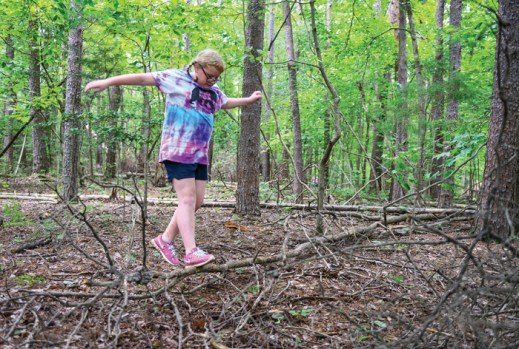 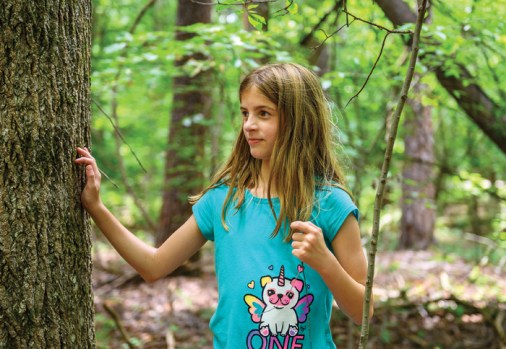 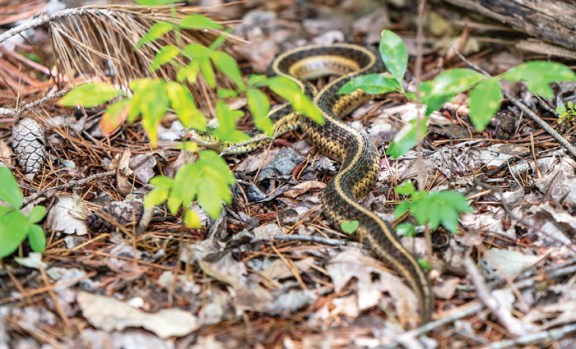 The kids came across a garter snake while looking for a place to make a shelter. Bernadine Hernandez/Salisbury Post 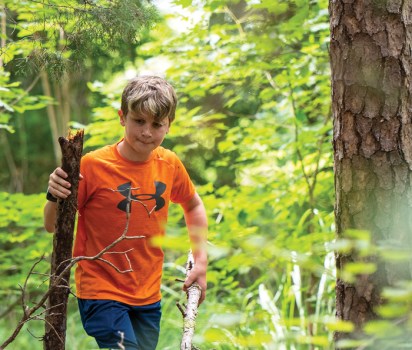 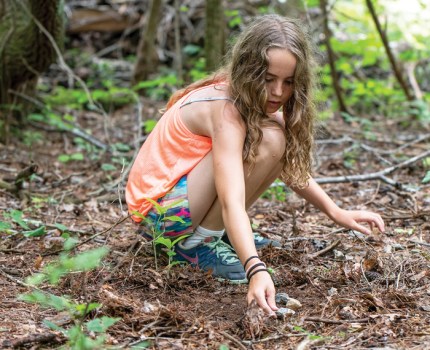 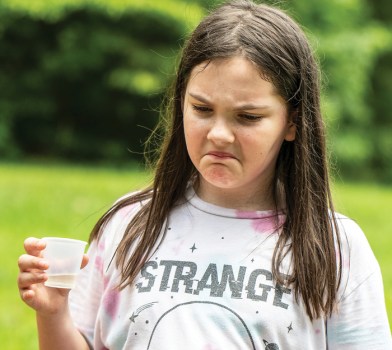 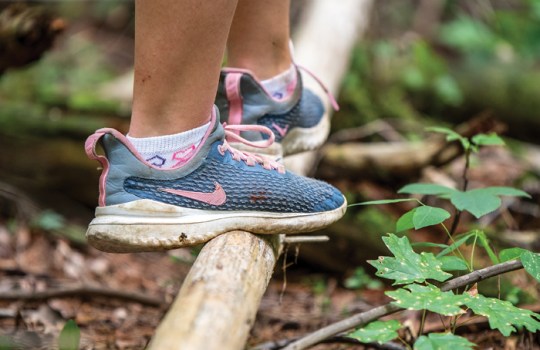 SALISBURY — With an ever-present layer of dead leaves and limbs crunching beneath their sneakered feet, nine children scattered last week through the woods of Dan Nicholas Park on the quest to find a perfect tree.

The sought-after trees — those growing or fallen into secure wedges at 45-degree angles to the ground — would form the ridge lines of the day’s central activity: construction of lean-to shelters crafted entirely from found elements such as trees, limbs, leaves and brush.

For students ranging ages 10 to 12, the learning brought hands-on applications to concepts previously experienced only through television or computer screens.

“I’d never really used a compass before, except in Minecraft,” said Brook Lockard, detailing just how to orient oneself with the survival tool.

Lockard was a natural when it came to mathematical concepts, Wilson said, meaning she’d also taken well to other navigation lessons such as using a scale on a map, measuring distance using a pace count, or converting feet to kilometers.

The lessons culminated in an overnight stay on park grounds Thursday. Campers pitched tents, built fires and enjoyed campfire pizza and s’mores as well as a scavenger hunt.

“We’re trying to teach them practical skills while giving them the chance to have fun,” said Wilson.

The shelter-building task would offer a chance to test learning in areas outside shelter-building. As they crossed from an open field into Dan Nicholas’ dense woods, a seemingly perfect felled tree immediately caught the eye of one group of campers.

And then they stepped closer, discovering a snake had already taken up residence in the area. But the prior day’s lessons would leave them confident that their new, potential neighbor was not venomous.

With the snake’s tree left in the distance and working in two groups, the shelter-building effort was momentarily left for a trial of water purification methods. The campers tasted water they had previously purified with iodine or chlorine or a batch freshly boiled using a portable camping burner.

For Gracie Bloom, the week’s learning would offer take-home skills for routine excursions with her father.

“Me and my dad go camping a lot, and sometimes we don’t bring a tent,” she said.

She was drawn to sign up for the camp not because of its practicality but because of the opportunity for fun. She, like seven of the other nine campers, had previously attended camps at Dan Nicholas offered through Rowan Wild.

“I want something to do over the summer and this sounded really fun,” she said. “Every time I’ve taken a camp here, that’s what it’s been: really fun.”