MOORESVILLE — Iredell County authorities are looking for a Mooresville man accused of stealing $34,000 worth of jewelry from a relative. Officials said he and a woman stole the jewelry while at the relative’s home and later pawned the jewelry.

According to the Iredell County Sheriff’s Office, Thomas Lee Britt, 27, and Abbigail Shipley, 29, both of the 1200 block of Fieldstone Road, were at the home of the relative on Shearers Road in Mooresville between April 3 and May 26.

On June 12, the victim reported the stolen jewelry to the Sheriff’s Office. Detectives with the Criminal Investigations Unit began investigating the theft.

Detectives learned that family members were suspected of stealing the jewelry over time. They determined that Britt and Shipley stole the jewelry while inside the home. 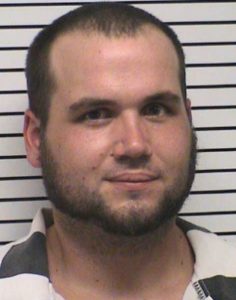 Arrest warrants were obtained for Britt and Shipley.

Shipley was arrested June 25 and charged with felony larceny. She was issued a $7,500 unsecured bond.