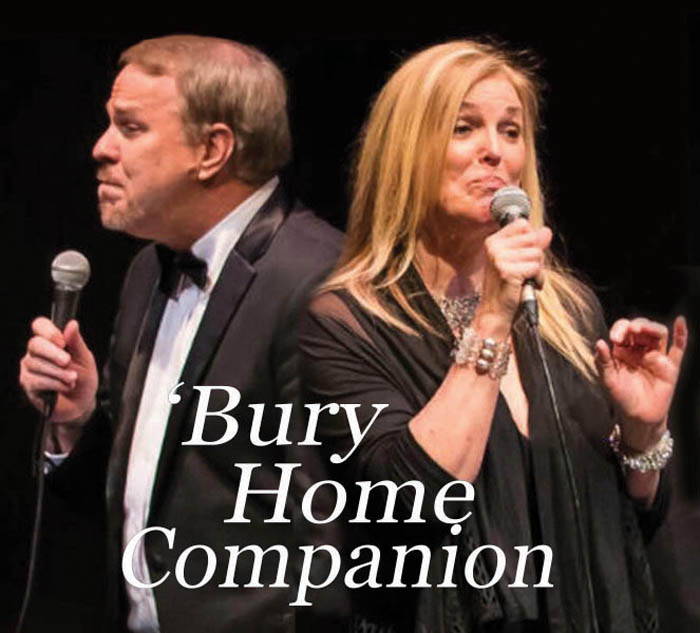 Submitted by the Salisbury Symphony 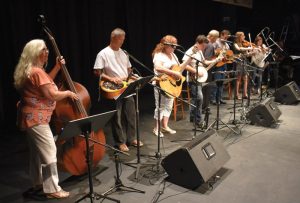 The Silver String Band led by Vivian Hopkins will be returning this year. Photo by Bill Bucher Jr.

Lake Wobegon meets Salisbury once again this year when “A ’Bury Home Companion” returns to the Meroney Theater for two shows, Saturday, Aug. 24 at 2:30 p.m. and 7:30 p.m.
This third incarnation of the well-known Garrison Keillor inspiration will again be the season kickoff fundraiser for the Salisbury Symphony.

Producers Kent Bernhardt and Kay Peeler — also known as “K&K Productions” — are at the helm of the popular production again, along with a talented cast of musicians, performers and volunteers.

The family-oriented show is presented as a live radio broadcast with music, comedy, tales of the ’Bury and even humorous live commercials featuring local businesses.

“The challenge each year is taking the program to the next level while preserving the spirit and tradition people love so much,” says Bernhardt, who goes the extra mile by wearing Keillor’s signature black suit, red tie and red sneakers for the show.

“It’s the perfect blend of music, gentle humor and home.”

Musical headliners for this year’s “A ’Bury Home Companion” include the pop-country group The Hall Sisters, a dynamo of four sisters who sing and play instruments with harmonies across many genres, and have performed at the iconic Grand Ole Opry, Carnegie Hall and The Country Music Hall of Fame.

They’ll be joined by local piano sensation Jacob Kluttz, described by Peeler as “an incredible young pianist who will make your jaw drop as his fingers roll across the keys.”

The popular duo Sarah Claire King and Eli Yacinthe will return as well, along with Gold Hill’s Silver String Bluegrass Band under the direction of Vivian Pennington Hopkins. The Salisbury-based Moonglows will also perform their special mix of blended vocal harmonies.

This year’s program will feature a special tribute to the late Foster Owen, former assistant city manager who was well known in Salisbury for his love of the arts and his special appreciation for local, live music performances. Owen died in 2014.

“Foster was a huge part of the fabric of this town and is still greatly missed,” says Bernhardt. “In some small way we’d like to thank him for the memories he left us.”

Tickets for either performance are $45 each, and are available at salisburysymphony.org

Group rates are available. Call the symphony office at 704-216-1513 for tickets and information.