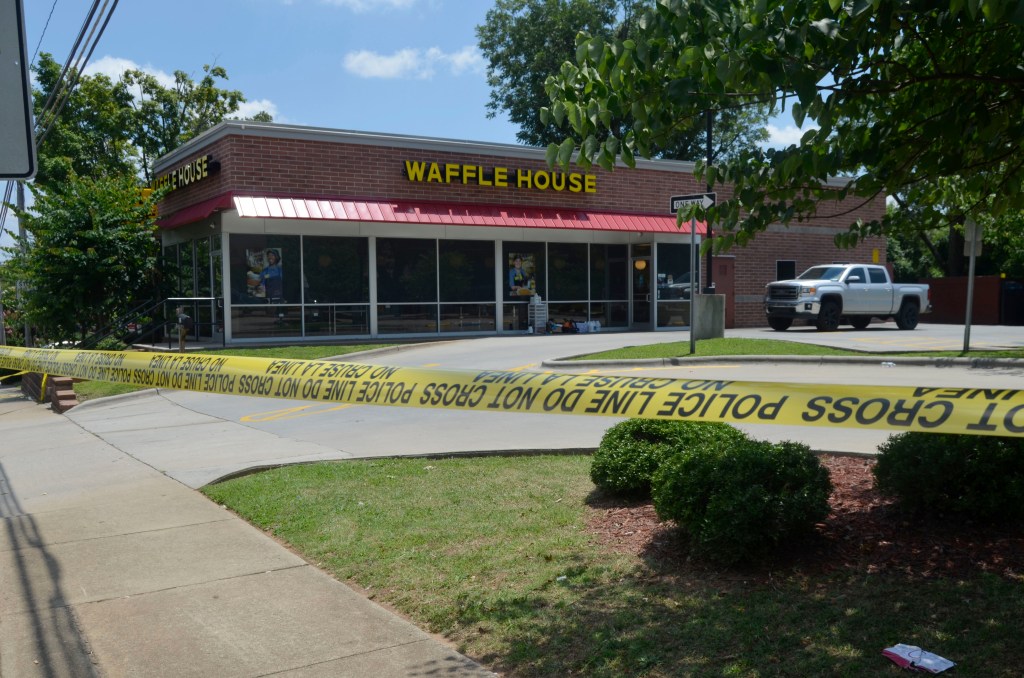 Salisbury Police say one man was shot multiple times early Sunday morning at this Waffle House following an argument. Police are looking for the shooter. The man, whose name has not been released, was taken to Wake Forest Baptist Medical Center, where he remains in critical, but stable condition. Shavonne Walker/Salisbury Post

SALISBURY — Police are looking for a man they say shot another man following an early morning argument at Waffle House.

The victim, whose name has not been released, remains in critical but stable condition.

Lt. Greg Beam, of the Salisbury Police Department, said a group of people had just arrived at the restaurant, located at 501 E. Innes St. Sometime after 3 a.m., two men were arguing inside the restaurant. One man pulled out a gun and shot the other multiple times.

The victim was taken to Wake Forest Baptist Medical Center. Beam said the victim did undergo surgery. According to surveillance video, it appears a woman tried to break the two men up.

There were other customers inside the restaurant, but no one else was injured. Beam added that the argument was between the two individuals who argued about five to 10 minutes prior to the shooting.

No other details were available. Police continue to investigate.

Crime scene tape could be still seen around the perimeter of the business into the late evening as employees cleaned inside.