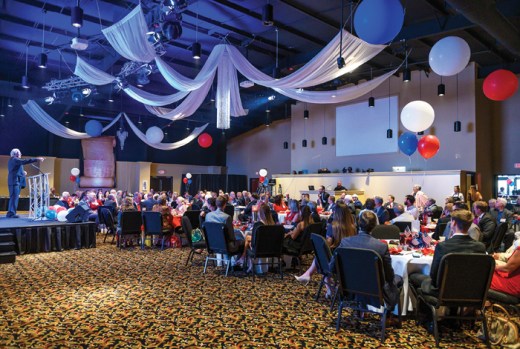 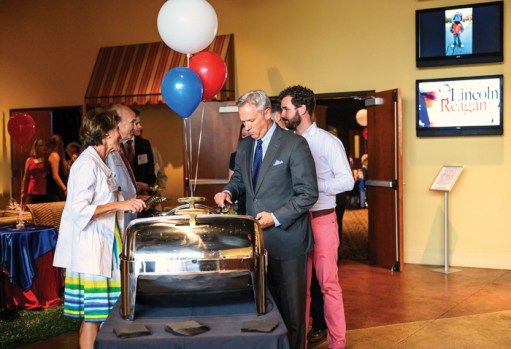 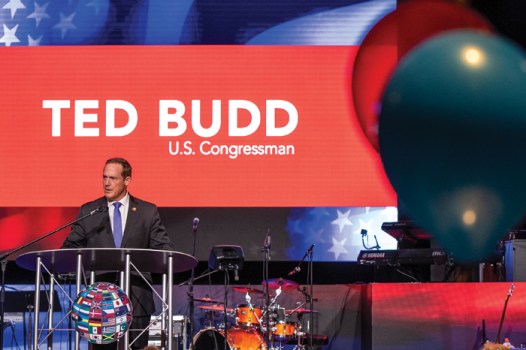 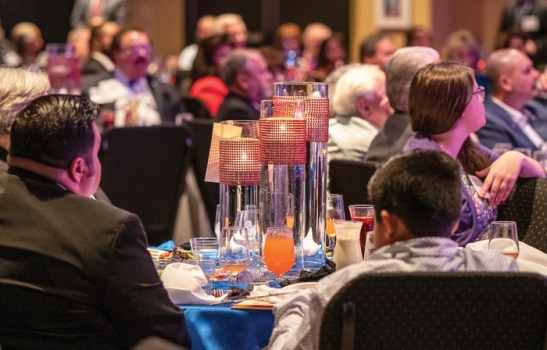 At their annual Lincoln Reagan Dinner on Friday at the Event Center, party members mingled over a three-course dinner with Republican leaders and heard speeches from Lt. Gov. Dan Forest, U.S. Rep. Ted Budd and Associate N.C. Supreme Court Justice Paul Newby as they prepare for the coming election.

The speakers noted the energy of the audience and spoke of how Rowan County can help continue the efforts of Republicans at the local level all the way to the presidential race.

Forest, who is running for governor, said he and his campaign want to help all Republican candidates.

“We want to create this rising red tide to lift all these other candidate boats along with us,” Forest said. “It’s not just about us running for governor. It’s making sure that we get our school board members elected. It’s about getting our District Court judges elected. … It’s about making sure we help push Donald Trump over the finish line.”

Forest said he knows the 2020 governor’s race will be hard fought, saying some have predicted it will be the most watched governor’s race in the country. Democratic Gov. Roy Cooper is widely expected to run for re-election.

Budd echoed Forest and said every election matters at every level. Though he is serving in Washington, he said he notices state legislators’ hard work.

“The more I’m involved in federal government, the more I want to thank those who are back home and going to Raleigh every week,” Budd said.

Forest said the work of legislators often goes unnoticed, taking a jab at the media.

“There’s a lot of those kind of things that are going on that this General Assembly is working on that you would never, ever seem to know about, so we have our work cut out for us. Because the media is not going to tell you the truth about what the General Assembly is doing,” Forest said. “They’re only going to hammer you with fake news and false news day in and day out.”

Forest said Rowan County is blessed to have local legislators represent it in Raleigh.

“Let me applaud y’all for your bold stance in so many ways, because Rowan County and the stands that you have made publicly through the courts, you so mirror our preamble of our state Constitution,” Newby said.

N.C. Supreme Court seats are low on the ballot, and Newby recommended that party activists talk to others about the importance of voting for him as chief justice.

Vick said the court race is important but easily overlooked

The speakers boasted about North Carolina and the work Republicans have done over the years to improve the state’s economy.

Budd said Rowan County has seen a lot of wins but they are beginning to stall after Democrats gained a majority in the U.S. House.

“A lot of this progress we were able to make, we’re seeing it play out into our economy and personal lives,” Budd said. “The progress is being stopped.”

“Republican ideas matter,” Forest said. “Ideas have consequences. Bad ideas have victims, and the Democratic ideas have a lot of victims.”

Budd took time to discuss several issues he is working on in Congress, including the opioid crisis. He said in January, he visited the Mexican border and saw what he considers not a immigration issue but a cartel problem. He also visited a migrant camp. He said the cages migrant children are being held in are intended to keep them safe from sexual predators.

“It’s not optimal,” Budd said. “It’s not the Hampton Inn, OK? But it’s a humane way. We are a humane country.”

“We are probably going to give these kids some of the best care that they’ve ever had as soon as they get into our country. And then we’re going to do what we can through modifying the immigration system so we can get them back home,” he continued.

Several children have died in the migrant camps, and there have been recent reports of neglect and mistreatment.

Newby said the children are blessed to be Americans and North Carolinians, saying so many want to move here to find a better home.

Republican Party members Patty Beacham and Giannina Monzon spoke about immigrating to the U.S. from Venezuela and Peru, respectively.

Monzon said living here and becoming a citizen was a privilege and she believes in the American dream. She then announced she will be running for Salisbury City Council.

“This is my American dream,” Monzon said.

Forest said the audience was encouraging ahead of the upcoming race.

“We definitely have our work cut out for us, and I’m just encouraged by this audience to see so many people that are excited abut 2020,” Forest said.