Plenty of rain this season: A blessing and a curse 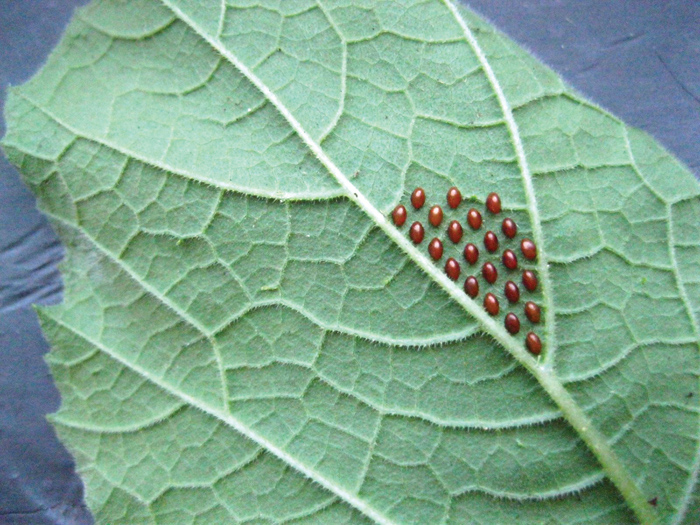 With the 2019 growing season well underway, gardens around Rowan County are looking mighty healthy.   Tomatoes have either started ripening or beginning to break (a term used by tomato farmers to describe the initiation of ripening of fruit). Sweet corn is starting to tassel and for some, the first of the sweet corn harvest is already underway.

Overall, growers in Rowan County seem pretty satisfied with the abundance the rains have brought. But, as with anything, the blessings of abundant moisture also present challenges that gardeners and farmers need to be aware of.

High moisture content in the soil and steady rains drenching the foliage of plants can lead to an increase in pest and disease pressure in our gardens. Over the next few weeks, successful gardeners know to be on  reconnaissance for pests. Here are a few pests that folks need to be on the lookout for as this growing season, in particular, has proven suitable for heavy pest pressure.

Because it is closely related to algae, downy mildew needs water to survive and spread. It also needs cooler temperatures. You are most likely to see downy mildew in your plants in the spring, when rainfall is frequent and temperatures stay cool. This year in particular, downy mildew is going to be present on into the early summer as conditions have stayed favorable for this disease.

Common on tomato and potato plants, early blight is caused by the fungus Alternaria solani and occurs throughout the United States. Symptoms first appear on the lower, older leaves as small brown spots with concentric rings that form a “bull’s eye” pattern. As the disease matures, it spreads outward on the leaf surface causing it to turn yellow, wither and die. Eventually the stem, fruit and upper portion of the plant will become infected. Crops can be severely damaged.

Often, the beetles leave their hibernating sites early in the season (mid-April to early June), and feed on seedlings right as they are emerging, usually killing them. Then their larvae feed on the roots of the host plants. As they grow into adults (mid-July to September), the beetles will once again feed on the leaves, vines, and fruit of plants that survive, leaving deep marks in the rind.

Cucumber beetles hold another threat too — they can carry bacterial diseases and viruses from plant to plant, such as bacterial wilt and mosaic virus.

The squash vine borer (Melitta curcurbitae) is a common clearwing moth in home gardens in the Southeast. These critters are a serious pest of vine crops, commonly attacking summer squash, winter squash and pumpkins, while cucumbers and melons are less frequently affected.

They are most active from mid-June through July. In home gardens, entire crops may be lost in a year of high borer populations. Symptoms include yellowing of leaves and wilting of the entire plant. Damage can be detected on the base of the stem and the characteristic evidence of frass (poop) on the the trunk of infected plants is a sure sign of their presence.

So, with all these pressures that are present during a year of abundant moisture, what can growers do to be proactive? Here are some common strategies that can help:

Peaches are here and ready to eat