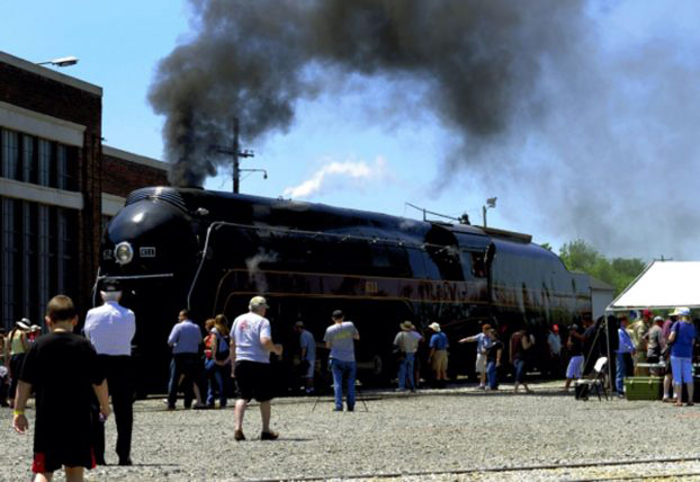 Money for upgrades at the N.C. Transportation Museum is included in the state budget approved Thursday by the legislature. Salisbury Post file photo

On Thursday, the budget passed out of both the N.C. House and Senate and was sent to Gov. Roy Cooper for approval. But Cooper has voiced complaints because the budget does not include Medicaid expansion, a school and infrastructure bond package, and higher teacher salaries. He also opposed corporate tax cuts proposed by Republicans.

Several county projects are included in the budget, with the Transportation Museum receiving $2.25 million total over two years. The money will be used for renovation of the Power House, the last major building on the property to go through upgrades. The building was previously stabilized but needs interior repairs.

Marcus Neubacher, the museum’s director of administration, said he is optimistic and is waiting for the budget to receive final approval. The project is estimated to cost $4.5 million.

“This gets us well on our way toward the goal,” Neubacher said.

The funding for the museum was a win for Rep. Harry Warren, R-76, who introduced a bill allocating money to complete the Power House.

“That should get them really moving,” Warren said. “We can’t tie the hands of future legislatures.”

He added it’s likely the museum will receive more money in later sessions.

Sen. Carl Ford, R-33, said legislators were planning other avenues to get funding for the museum if it was not included.

The funding will allow the museum to open a new area for historical interpretation, host events and display traveling units.

“We’ll be fully confident when it’s in the final budget,” Neubacher said.

Warren said Krista Woolly, of the Community Care Clinic of Rowan County, was surprised when her agency was allocated $50,000 in the budget. Woolly said a year ago that the organization’s Mission of Mercy Dental Clinic had to continually decrease services each year because of lack of funding. Warren said he pushed legislators to add the clinic to the budget without Woolly’s knowledge.

Bell Tower Green was $50,000 allocated in the budget, with Warren hopeful for additional money from contingency funds for the street project.

Meanwhile, Rowan-Salisbury Schools received $300,000 to be used for evaluation of its “renewal” project.

Muddy Sneakers, an outdoor education nonprofit group with offices in Salisbury and Brevard, is included, too, with $500,000 each for the next two fiscal years.

“I just think we made out really with this budget,” Warren said.

Despite a looming veto from Cooper and an unlikely veto override, Ford believes the local funding will remain in the final budget.

“I think it’s done,” Ford said. “I think they’ll get their money. It may be delayed.”

Warren said local bills can fund the projects if they end up not being included in the final budget.

And if the budget bill isn’t signed by the end of the fiscal year, June 30, the state will continue with this year’s budget.

Warren said legislators will see whether the governor is reasonable.

Regarding Medicaid expansion, Warren said he wants talks to be done in a logical manner without political motives. Republicans have offered to be called back into a special session to discuss Medicare expansion.

Though Ford says he often gets laughs, he believes Medicaid has expanded itself.

The vote for the budget was mostly partisan. In the Senate, it was 33-15 with four Democrats voting in favor. In the House, the vote was 64-48 with one Democrat voting yes.

Warren said there is a lot in the budget for Democrats, and they are depriving their own constituents and teachers.

Cooper is set to hold a news conference on the budget at 10:30 a.m. today.

Rowan-Salisbury school board to hear renewal plans for four…