After 91 years and three generations, Holbrook’s Radio and TV will say goodbye 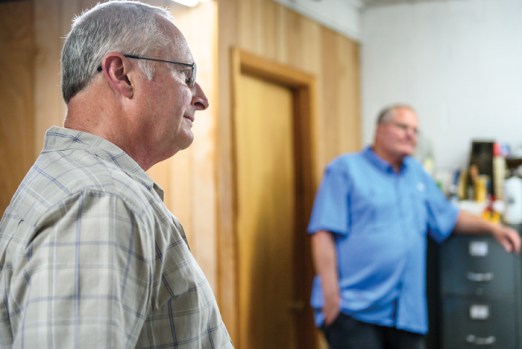 Blaine Holbrook, left, and his brother, Brian Holbrook, reminisce about their grandfather and the store he opened in 1928 in Kannapolis. Bernadine Hernandez/Salisbury Post 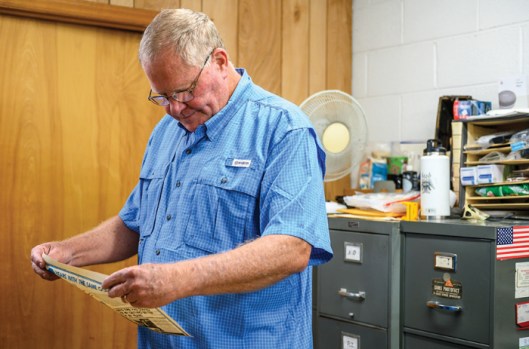 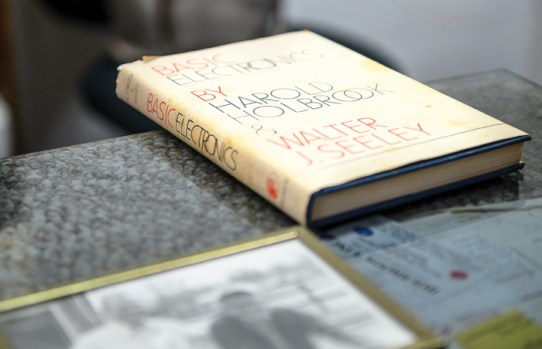 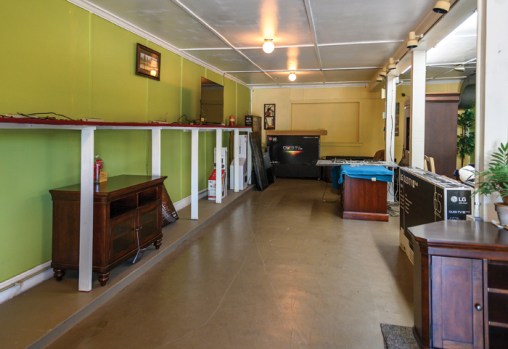 Many of the shelves sit empty as Holbrook's Radio & TV prepares to close after 91 years in business in Kannapolis. Bernadine Hernandez/Salisbury Post 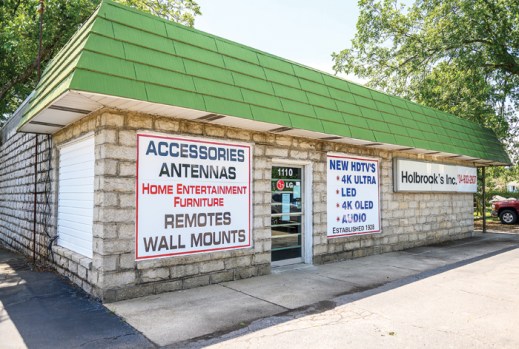 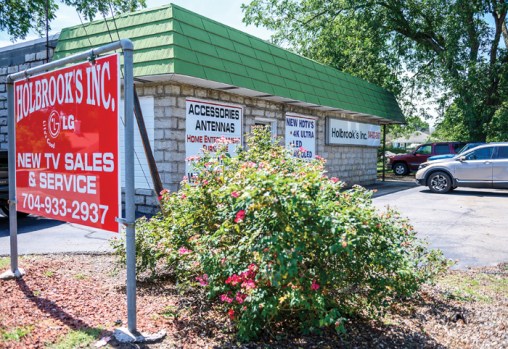 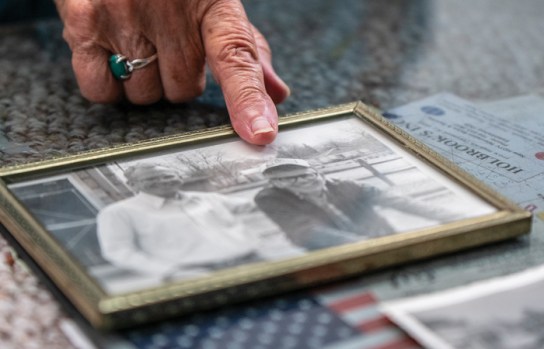 Joan Holbrook shows some family photos as she talks about the store closing after 91 years in business. Bernadine Hernandez/Salisbury Post

KANNAPOLIS — A sign on the front door says Holbrook’s Radio & TV Inc. is having a “Retirement Sale.”

It’s a pleasant way of announcing a hard but inevitable truth. At 3 p.m. Saturday, Holbrook’s, located in the granite building at 1110 N. Ridge Ave., will bring to a close 91 years as one of Kannapolis’ most venerable independent businesses.

Three generations of Holbrook men and women, starting with Henry “Doc” Holbrook in 1928, kept this enterprise going through the Depression, wars, recessions and dramatic changes in electronic technology.

You might think price competition on televisions from the likes of Best Buy, Walmart, Target, Amazon and others is to blame for the Holbrook family’s decision to close.

But Blaine and Brian Holbrook — grandsons of Doc — say that never was the case. Holbrook’s always was able to compete on price, thanks to being part of a large network of independent dealers that had strong buying power.

The store could offer sales, discounts, rebates and financing on top-brand merchandise.

Rather, it was the service and repair niche that always carried Holbrook’s, and in recent years, that side of the business increasingly fell off, thanks to the kind of built-in obsolescence from many manufacturers.

New televisions are built to last a certain amount of time. When they have a problem, most consumers buy a new one — not repair the old one.

“The industry has changed,” Blaine says.

Blaine, Brian and their mother, Joan, are taking their “Retirement Sale” surprisingly well. They have been preparing for Saturday’s final day and figuring out the logistics behind closing the business for some time.

“I feel blessed more than sad,” says Joan, 85, who was still coming in at least two days a week and running things behind the counter.

She says the business has been privileged to serve “so many wonderful families.”

The Holbrooks are leaving with a sense of accomplishment.

Brian says Holbrook’s has always sold good products, provided great service and tried to go the extra mile for its customers. And that’s plenty to be proud of.

It all started with Doc Holbrook, who had a knack for fixing radios back in the 1920s and used that talent to make money on the side. He and his wife had to support four children — Harold, David, Buck and Blondie.

“He was the radio doc,” Brian says, explaining his grandfather’s nickname.

Joan says her father-in-law — orphaned as a child — was a hard worker, humble, kind and giving. When he wasn’t repairing radios, he worked full time as a loom fixer at Cannon Mills.

He opened the first Holbrook’s shop at Fourth Street and Ridge Avenue and with the help of his children was eventually able to leave the mill, going into the radio (and later TV) business full time.

Each of Doc Holbrook’s kids had a talent suited for the business. David was gifted mechanically. Buck was a good communicator, which was important in sales. Harold, who was Blaine and Brian’s dad, studied electrical engineering at Duke University.

In fact, Harold would combine with Professor Walter J. Seeley to write a textbook, “Basic Electronics,” used in high school and small colleges.

Much later in life for several years, Harold Holbrook would teach a first-period electrical engineering class at A.L. Brown High School in Kannapolis.

“I had one of his students stop in last week,” Brian says.

Radios were at one time as pervasive in homes as televisions. The first television sold at Holbrook’s was a Philco, but the store became a longtime seller of RCAs.

During World War II, David and Buck served in the military. Doc and Harold, who was too young for the war, figured out how to make their own parts for radios they were repairing because of materials needed for the war effort.

Over the decades, the family business followed a certain timeline in electronics and what consumers demanded.

After radios, it was black-and-white TVs, then color TVs in the early 60s. Televisions went from tubes to transistors. VCRs eventually became the rage, then DVD players, projection TVs, satellite systems, and today’s flat-screen, LED and high-definition TVs.

The Holbrooks kept up with it all. They also offered furniture, remotes, antennas and home theater consulting. They provided pickup and delivery and custom installations.

At one time, the modest Holbrook’s store was the biggest dealer in the Southeast of projection-screen TVs, Blaine says.

Harold Holbrook served in the Navy during the Korean War. Thanks to his specialized testing and education at Duke, he entered as a commissioned officer. He walked onto his first ship, and the commander told him to keep the radar and fire control systems running “and we’ll be good friends.”

He served for many years in the Naval Reserve after active duty.

Harold met Joan, a young woman from Huntersville, in February 1952 and they married by May of the year. The couple had four sons — Blaine, Brian, Brad and Brent. (Brad died in 1993, and Brent lives in Florida.)

The business kept going with Harold, David, Buck and Blondie running things. With the passing of David and Buck, Harold, Blaine and Brian eventually bought out Blondie’s share of the business.

In the early 1980s, Joan took over Blondie’s duties at the shop.

Blaine and Brian started working for their dad when they were 14. Brian likes to say he and Blaine were home-schooled — in electronics.

“There’s hardly a mill house we haven’t been in or under,” Brian says.

Their earliest jobs were delivering televisions to homes, setting them up and pulling wires under houses. It could be dirty work.

Brian furthered his education through some electronics courses at Rowan Technical College and by continually going to service schools to keep current. Blaine attended the University of North Carolina and ended up with a business degree from Catawba College.

Harold Holbrook went on to serve as mayor pro tem in Kannapolis, and the TV shop became a second City Hall of sorts, where he often was meeting and talking with residents because they knew he would be there.

Harold died in 2006. Brian and Blaine appreciate the legacy their grandparents, parents, uncles and aunt left behind.

“We just maintained what they built,” Blaine says. “They laid the foundation.”

Over the years, Holbrook’s has employed many boys and girls who had an interest in electronics, including two who would go on to earn Ph.D.s.

Blaine, 65, and Brian, 62, still have plenty of things to take care of at the store, whose repair section Blaine calls “the hospital side.”

As several of the mounted fish on the walls would attest, Brian probably will be fishing a lot more. Blaine’s retirement interests include six grandchildren.

“What am I going to do?” Joan asks, repeating the question put to her. “I don’t know.”

She no doubt will continue to enjoy her home at Lake Norman.

Brian says the family has heard from plenty of longtime customers who are upset at them for retiring and closing. He predicts people will continue to call him, and he confesses he will probably try to help them solve problems with their TVs.

Old habits are hard to break.

Under mention of the “Retirement Sale,” the front-door sign also has a note of thanks to all the customers the Holbrooks have had over 91 years.

“It has been a pleasure to serve you,” it says.