What were we reading at the beach 10 years ago? 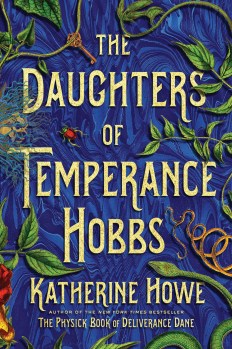 Katherine Howe's new book is a follow-up to her bestseller from 10 years ago. 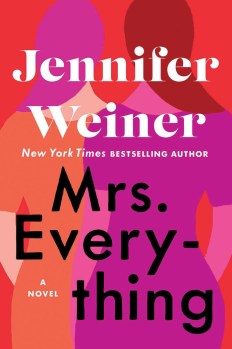 Jennifer Weiner's new book is hot this summer. Another of her books was a hot summer read 10 years ago. 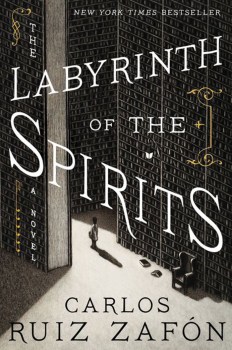 Carlos Ruiz Zafón has maintained a series of novels about the Cemetery of Forgotten Books.

Ten years ago seems hardly a blink these days, but an interesting email from BookBub brought back some memories.

The topic “These Were the Bestselling Summer Books 10 Years Ago” was intriguing. Then I saw the list, with authors such as Richard Russo, Pat Conroy, Clive Cussler, James Patterson, Janet Evanovich, Sherrilyn Kenyon and Dean Koontz, along with James Rollins, Nora Roberts, John Sandford and another handful of thrillers.

Most of those authors are still writing bestsellers, but we’ve lost the amazing Pat Conroy and Robert Ludlum’s “The Bourne Deception” was written by Eric Van Lustbader.

James Patterson cranks books out faster than Stephen King, and had two titles among the bestsellers 10 years ago — “The 8th Confession” and “Swimsuit,” both written with Maxine Paetro.

Sandra Brown has had more than 50 New York Times bestsellers, and her last book came out in August 2018. Nora Roberts has written more than 225 romance novels. And as J.D. Robb, she writes science fiction police procedurals. Does the woman ever sleep?

Jennifer Weiner is another author who keeps up a busy writing schedule. Ten years ago, we were reading “Best Friends Forever,” and since then, she’s published at least one book a year, and her latest, “Mrs. Everything” is brand new and very popular.

Also on that list was “The Help,” by Kathryn Stockett, which stood out among the mysteries and thrillers and was made into a hit movie. It created some controversy at the time. Some people of color believed that a white woman could not and should not be writing about the plight of domestic workers in the South in the 1960s.

But Stockett certainly opened eyes with her account of black women who worked as maids and cooks for well-to-do white families in Mississippi. Their employers relied on the women to raise their children and feed the family, but would not allow them to use the bathroom in the home. The women could be fired on a whim — if there was a spot on the polished silver, if they were late for work because they had to take care of their own children. “The Help” has stayed with a lot of readers over many years.

Among the thrillers was a particularly literary one by Carlos Ruiz Zafón, “The Angel’s Game.” Zafón has now written a series of books that began with “Shadow of the Wind,” about the Cemetery of Forgotten Books. It involved an abandoned mansion in Barcelona, a library of singular books and a boy’s quest for the author who captured his attention.

Subsequent books move forward in time, pulling in various connections and building on the mystery with myriad others. “The Angels’s Game” was the second book, and Zafón has written two more, “The Prisoner of Heaven” and “The Rose of Fire.” The finale in the series, “Labyrinth of the Spirits,” was published in September 2018.

One other book in that list is different from the usual summer beach read. It’s “The Physick Book of Deliverance Dane” by Katherine Howe. I’ve never heard of the book or the author. This novel moves in time from now to the Salem witch trials. A graduate student spends her summer doing research for her dissertation, but when her mother asks her to handle the sale of her grandmother’s abandoned home near Salem, Connie discovers rare artifacts and a name, Deliverance Dane. As she investigates the family connection, she finds how she is tied to the Salem witch trials.

Howe is the author of several other books, including another one featuring Connie, now a professor, who must save her family from a curse that dates back hundreds of years. “The Daughters of Temperance Hobbs” was just published June 25.

So, if you can’t find a new beach read for the summer, consider taking a trip back in time to find something intriguing.

Here’s a link to the original article:  https://www.bookbub.com/blog/popular-beach-reads-decade