North Hills student takes community project to the next level 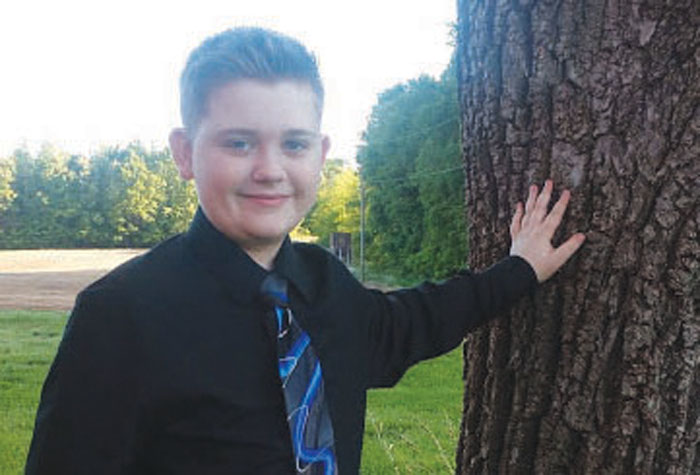 SALISBURY — North Hills Christian School student J.D. Tysinger is looking to create a network for those suffering from food sensitivities, going above and beyond the school’s community service project.

J.D. and his mom, Melanie Tysinger, hope to create a method for those who have food sensitivities to share information through a project called “Eating With Food Sensitivities.” The project was inspired by a trip to a Jersey Mike’s sandwich shop at 914 E. Innes St. The store made it easy and acceptable to get alternatives for customers with food sensitivities, Melanie and J.D. said.

During a moment of inspiration, the project, which was originally geared to fulfill North Hill’s community service requirements, was altered to have more lasting effects. The pair began thinking of how people with food-sensitive diets could find restaurants with friendly practices.

Then, J.D., with his mom’s assistance, began asking broader questions: What’s the best way to make this information available? That not only includes information on places to eat but also recipes tailored to each person’s needs.

J.D., who is 12, first learned that he had sensitivities to dairy foods, gluten and eggs when he was 9. The transition to a healthy diet after that was “the hardest thing,” he said.

It was difficult because, unlike kids who have never tasted dairy or gluten, found in popular foods such as a pizza, J.D. had come to enjoy many of the products containing ingredients he was allergic to, Melanie said.

Grilled chicken was the only food he ate for a while because recipes were hard to find. And it was hard to deprive him of foods he used to enjoy, she added.

The food sensitivities mean that, while J.D. may not be hospitalized from cross-contamination, eating foods he is sensitive to can lead to severe, long-term health effects, J.D. and Melanie said.

The difference before and after J.D. changed his diet has been marked, Melanie said. As a child, Melanie said, J.D. was often sick. As he got older, J.D. had a near never-ending cold.

After transitioning to an appropriate diet, he has been much healthier, she said. He hasn’t been to the doctor in over a year.

Part of the goal of the project is to make the transition to food-sensitive diets easier, J.D. and Melanie said.

In the long run, J.D. hopes that by building up the network, people can bounce ideas off one another and make sure that each person finds advice tailored to their food sensitivities.

For more information about the project, visit the group’s Facebook page by searching for “Eating With Food Sensitivities.”