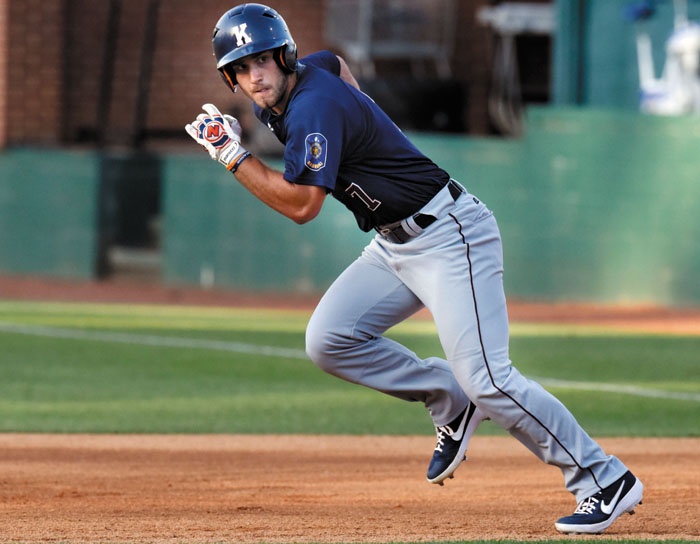 Throw in a couple of key injuries to slugger Chandler Lippard and starting shortstop Zeb Burns , and the season has become a serious challenge.

Rowan lost at last-place Kannapolis 4-3 on Wednesday, just a couple of days after 10-run-ruling Post 115 at Newman Park.

Rowan had won 15 of its previous 16 games against Kannapolis, but when it rains, it pours. Kannapolis (5-9, 1-4) got a stellar relief pitching performance from Josh Hudson and a 3-for-3 effort from South Rowan graduate Bryson Bebber and held on for the upset. and its first win in a division game.

Rowan (19-9, 4-4) has now lost to four different teams in the Southern Division of Area III. The only team in the division it hasn’t lost to is Stanly County, the club a lot of people think is the best in the division.

Rowan only had four hits on Wednesday. Even with Kannapolis contributing six walks and three errors, the offense lacked punch. Rowan didn’t get key hits and left 10 men on base.

Right away, there was a sign that it wasn’t going to be Rowan’s night. Cole Hales and Bo Rusher got on base to start the game, but with both runners on the move, Wayne Mize ripped a line drive directly at Kannapolis shortstop Sam Walker. Once Walker caught the ball, he had one of the easiest triple plays in Legion history.

Kannapolis  used the momentum from that rare TP to take a 1-0 lead in the bottom of the first. Chase Orrock singled with two out. Bebber knocked him in.

Kannapolis made it 3-0 against Rowan starter Daniel Sell in the third on Orrock’s sacrifice fly and Bebber’s bad-hop RBI single that took a wicked bounce on Rowan second baseman Steven Smith.

Rowan scratched back to forge a 3-all tie in the fourth. Two walks, an error and a wild pitch helped Rowan score three times. Bryson Wagner’s sacrifice fly put Rowan on the scoreboard. Daniel Durham, who had reached on the error, scored the second run on a wild pitch. Then Hales got Rowan’s only run-producing hit of the night. His two-out single plated CP Pyle with the tying run.

But Kannapolis came right back to score what would prove to be the decisive run in the bottom of the fourth on lead-off man Luke Nelson’s two-out double off Rowan reliever Corbin Durham.

A.L. Brown rising senior Jacob Baucom battled through four innings on the mound for Kannapolis. Hudson, a recent Northwest Cabarrus graduate, replaced him to start the fifth, and Rowan only got one hit the rest of the way.

Reliever Scout Nichols gave Rowan a chance to come back.

But Rowan wasted two walks in the fifth. An error kept the inning alive for Rowan in the sixth, but Rowan still couldn’t make it hurt.

Rowan put two more runners on base in the seventh, but pinch-hitter Lippard mashed a long fly ball to center fielder Orrock for the final out.

Rowan is off tonight.

Rowan returns to Newman Park on Friday to take on Concord. The Patrick Snider Award and Mark Norris Award will be presented prior to that game to Hales and Luke Barringer, respectively.

Legion baseball: Rowan lets a big one get away