FAITH — The Miss Rowan County Veteran pageant is held each year during the Faith 4th of July festivities. Contestants represent veterans organization and will ride in the parade on the Fourth.

The crowning will be immediately after the parade on the new stage. 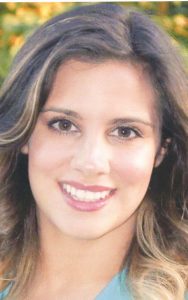 Aunika Skye Allen, the daughter of Brandy Allen, represents Gen. Allen Hal Turnage Marine Corps League Detachment 1096. She is a senior at the University of North Carolina at Charlotte, where she is involved in Sigma Kappa. Allen plans to obtain a bachelor’s degree in finance. She works at Planet Fitness and hopes “to represent my friends and family that are veterans as well as my boyfriend.” 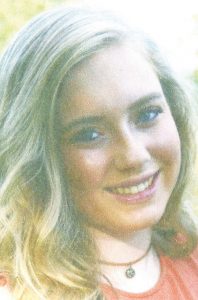 Jordan Anne Beaver, the daughter of Terry and Stacy Beaver, represents Harold B. Jarrett Post 342. Beaver will be a senior at East Rowan High School. She is an honor student and a member of Junior Civitan, Future Business Leaders of America, honors chorus, and the volleyball and swim teams. Beaver will attend the National Student Leadership Conference this summer at Georgetown University to study international diplomacy. She plans to attend Liberty University to study political science. Beaver has visited with veterans at the North Carolina Veterans Home. She says she is proud to serve veterans because of everything they have done so that Americans have freedom. 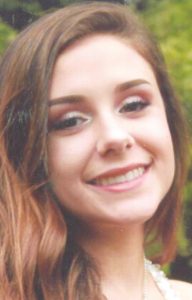 Leah Marie Cauble, the daughter of Kevin Cauble and Michelle Cauble, represents Faith American Legion Post 327. Cauble will be a senior at Carson High School and plans to go to college. She is involved in Orange and Blue Crew at Carson High, is on the student council for her senior year, and plays volleyball for Carson and High Rock volleyball club. Cauble has assisted Legion with yearly fundraisers and has helped feed the homeless. She says that without veterans, Americans would not have the freedom to celebrate independence on the Fourth of July. 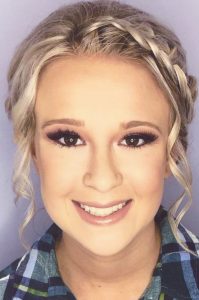 Makayla Blair Gray, the daughter of Mary Gray and Anderson Gray, represents Amvets Post 565. Gray is a rising junior and a cheerleader. She plans to attend college, become a veterinarian and have her own clinic. “I feel strongly about veterans, and my great grandpa and grandpa are veterans,” she says. 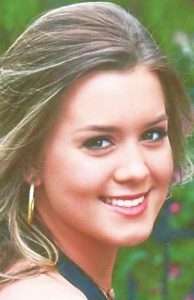 Madalyn Ashley Hartness, the daughter of Mike and Lynn Hartness, represents Freeze Seymour Post 185. Hartness attends West Rowan High School, where she is a rising senior. She is involved in competitive dance, FFA, the Student Leadership Program, and Rowan County Humane Society. She is an assistant in preschool extended session at Stallings Memorial Baptist Church. She plans to work with children with disabilities, and she is enrolled in sign language classes. “My grandfather is a Vietnam War veteran, and I would be honored to represent him and his fellow veterans,” she said. “Because of their sacrifices, I enjoy the freedom I have.” 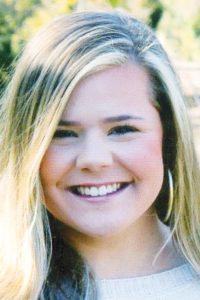 Bailey Caroline Hoesman is the daughter of Mark and Jennifer Hoesman. She represents Miller-Russel American Legion Post 112. Hoesman graduated from East Rowan High School, where she was involved in honors chorus, student council, cheerleading and swimming, as well as the National Honor Society. She plans to attend East Carolina University and work toward her bachelor’s degree in nursing and become a neonatal nurse practitioner. “I am proud to be an American and be allowed the freedoms that we as Americans have, all because of our veterans,” she says. “I have been touched personally by several of the veterans here in Rowan County, and it would be an honor to represent them all this year.” 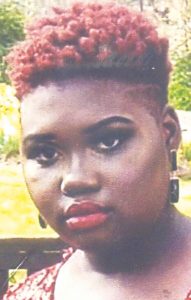 Mahogany Nicole Koontz, the daughter of Bianca Koontz, represents J.C. Price American Legion Post 107. Koontz completed Rowan County Early College with honors and was a member of Phi Theta Kappa, ALA Girl’s State, the yearbook club, Junior Civitan, American Red Cross, the Cultural Awareness Club and Science Club. She has volunteered at the VA medical center. Her plans to attend Spelman College in Atlanta to study political science. She would like to represent Rowan County veterans because she has done several things for veterans through her volunteer work. 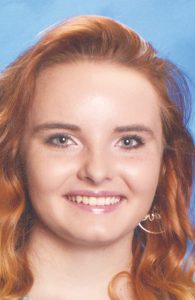 Lexi Loren Kluttz is the daughter of Mike and Beth Kluttz. She represents DAV Chapter 96. In 2019, she received a surgical technology diploma from Cabarrus College of Health Sciences. Kluttz plans to work as a surgical technologist, hopefully on a military base. She hopes to go to nursing school and join the military. She graduated from high school with honors. “I have always been interested in ways to help the people who served our country,” she says. “I would be honored to represent my grandfather and the men and women who have served.” 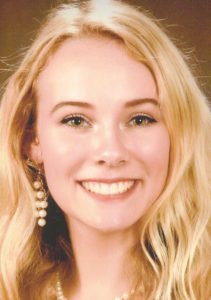 Serenity Faith McKnight, the daughter of Jennifer Galyan and Mac McKnight, represents Amvets of Rockwell Post 845. McKnight completed Rowan County Early College as an honor student and with an associate degree in science. She plans to attend N.C. State University to study abnormal and forensic psychology. McKnight was a member of the National Honor Society, Junior Civitan, Student Government Association, Crosby Scholars and Nature Club. She has been involved with veterans organizations or the local VA hospital through her school’s volunteer services. McKnight is involved with Amvets of Rockwell Post 845 in volunteer work around Rockwell. She says men and women veterans have made great sacrifices that need to be recognized and honored. 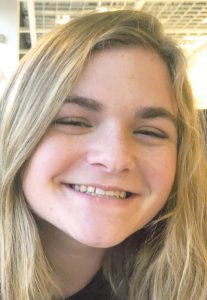 Bailey Walker, the daughter of Stephenie Walker, represents VFW Post 9134. Walker is a rising senior at East Rowan High School. She has played varsity soccer for four years and is a member of the Diversity Club, Tri-M Music Society, Sigma Phi Gamma, Key Club, marching band, Girl Scouts and Crosby Scholars. Walker is  enrolled in the N.C. School of Science and Mathematics in Durham. She is a junior marshal and ambassador with a 4.27 GPA. She hopes to become a pharmacist. Walker has volunteered multiple times at the local VA hospital to play music and lay flags. She says veterans are extremely unappreciated and need more recognition.

A mystery solver and advocate for his patients, Dr.…