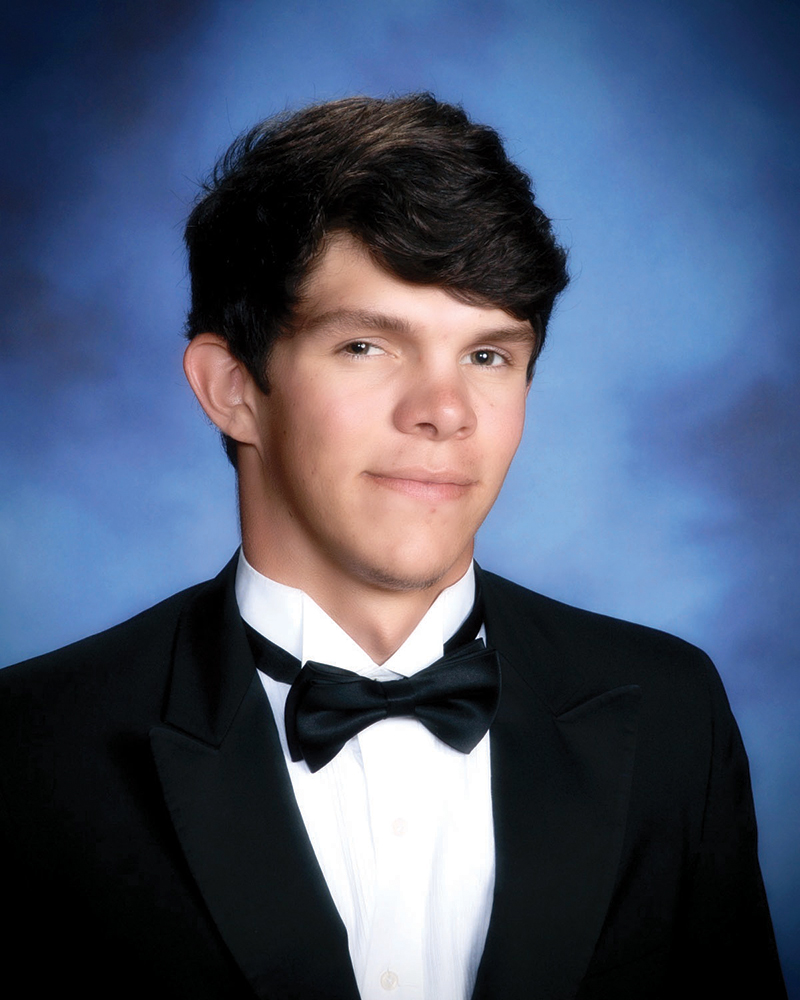 ROCKWELL — East Rowan High School graduate Cole Franklin Mabry is being remembered as a young man whose infectious smile lit up every room he entered.

Mabry, 19, died Monday after a single-vehicle crash outside Rockwell.

Mabry was traveling north on Liberty Road about 3 a.m. Monday. His vehicle ran off the side of the road and struck a culvert.

Mabry was ejected, and the vehicle came to stop in a field beside the roadway. Officials said it’s not clear what caused the teen to travel off the road, but they say speed and inattention were factors.

Mabry was in this year’s graduating class at East Rowan High. He played golf for the school.

His mother, Sabrina Mabry, said Wednesday that her son was an organ donor. On Wednesday morning, his heart was given to a person in need.

“It’s amazing. That has helped a lot to know that that heart of gold is going to beat on,” Mabry said.

She said Cole decided to be a donor in 2017, and she and his father, Dennis, supported his decision.

Cole was airlifted from the crash scene and taken to a hospital. He remained on life support for a time.

Mabry said after all the tests were complete, Cole will have helped as many as eight people after his eyes, heart, lungs and other organs are “gifted” to strangers.

She said it brings her much comfort to know someone will receive Cole’s eyes — “eyes that are going to continue to see the beauty that God has created that he enjoyed so much.”

“Those lives are being changed right now as we speak,” she said.

Mabry said she and her family have felt an overwhelming amount of support not only in Rowan County but from people in Stanly and Cabarrus counties. She and Cole’s father, Dennis, both grew up in Stanly County.

She said she found it rare for a young person to have “touched so many lives in a positive way.”

“You could not meet him and not fall in love with him,” she added.

She said Cole was a peacemaker and believed in God.

Mabry said her son loved to hunt, especially for ducks and rabbits. He also loved to fish and play golf.

Cole’s top goal was to go hunting in Canada. A friend, Boyd Blackwelder, had promised the teen if he graduated from high school, he’d arrange a hunting trip to Canada.

“That was his dream, and I wish he could’ve went,” Mabry said.

She said as a child, Cole was his father’s shadow. Everywhere Dennis went — from getting on the tractor to other farm work — Cole was there.

Friend Gracelyn Smith said Cole and his sister were so much alike, and he was proud that she’d just gotten her driver’s license.
Smith said she and Cole had been friends since second grade and talked just about every day, several times a day.
“He enjoyed life,” Smith said.
She said he was the glue that kept their large group of friends close.
“He brought a lot of friendships together,” Smith said.
She said he’d just started a new job at Trexler Trucking, washing trucks, and was excited at the prospect of moving on to become a mechanic.
When Smith found out Cole was an organ donor, she smiled, “knowing he would impact someone else’s life.”
East Rowan School Resource Officer Tommie Cato said Cole was a “fine, outstanding young man.”
He said Cole was full of life and extremely friendly.
Family friend Mike Wright said Cole had an infectious smile.
“He was always polite and made those around him feel better about themselves. He was truly a terrific young man,” Wright said.

Another family friend, Marissa Johnstone, said Cole always lit up every room he walked into.

“He always had a smile on his face and was always so polite. I don’t think Cole ever met a stranger. He would talk to anyone and everyone. Cole will be missed by many, many people,” Johnstone said.

Neighbor Chloe Hartman called her friend “one of a kind.”

She said Cole was the type of person who was there for his friends.

“He was my forever best friend,” Hartman said.

Principal Tonya Brinegar-German said Cole’s smile was one of the first things that you noticed about him.

She said he was polite, respectful, hardworking and committed to making the world in which he lived a better place.

“You could tell by the laughs in the hallways and classroom he truly enjoyed the time he spent with his friends,” Brinegar-German said.

“The loss of a student is never easy, and Cole is no exception to that. The East community has suffered a loss with the passing of one of our recent Mustang graduates, Cole Mabry,” she said.

Brinegar-German said in times like this, “there’s comfort in knowing that students and families come together to support each other.”

Recent East Rowan grad passes away after accident near…