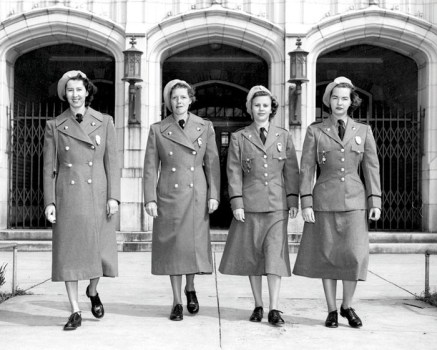 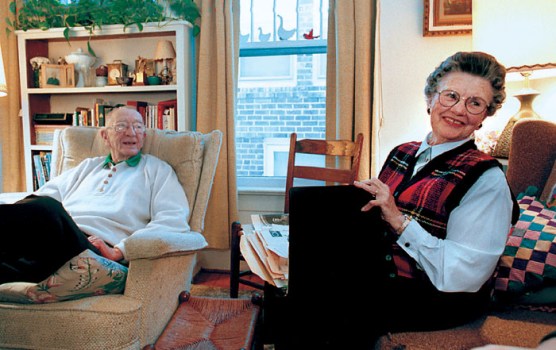 Cecil and Virginia Burleson look through old photos of her while she was on the police force at their home in February 1999. Jon C. Lakey/Salisbury Post file photo 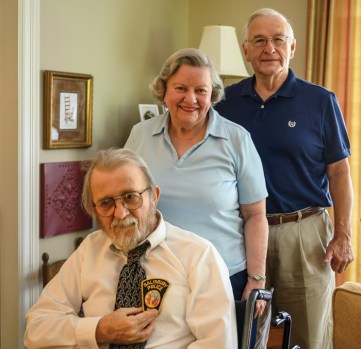 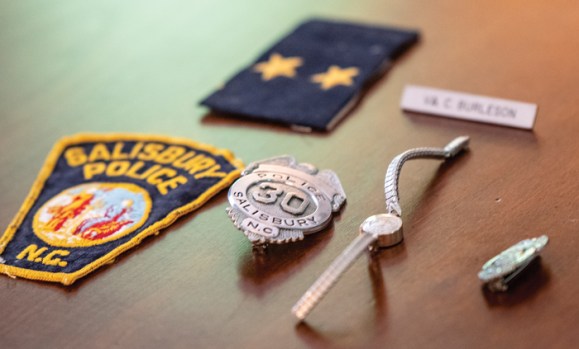 Some of Virginia Burleson's belongings from when she was a police officer. Bernadine Hernandez/Salisbury Post

SALISBURY — Virginia Cox Burleson may have been one of the first female police officers at the Salisbury Police Department, but to her three children — Gary, Patsy and Clay — she was mom.

In 1952, a 30-year-old Burleson went out one day and came home with a job. But it wasn’t just any job. She was one of the first — if not the very first — women hired as a police officer. That same year, three other women became local police officers too.

During the day, part of Burleson’s job was to make sure children were safely ushered across the street, direct traffic and write parking tickets. She often escorted or searched women prisoners. 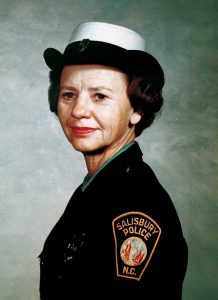 Born in the Depression era, Burleson knew the meaning of hard work.

It really wasn’t that big of a deal to the siblings that their mother was a police officer. After all, many women in the 1950s worked outside the home.

“It seemed normal to us,” said Clay, the youngest of the three.

She almost chose a different path. Burleson initially thought she’d become a nurse, but her father discouraged her from that after a bad experience he had.

Patsy Schawitsch said her father wasn’t upset that her mother became a police officer. In fact, later in his career, he became a justice of the peace. Cecil Burleson jokingly told a Post reporter in 1999 that his wife wrote the tickets and he carried out the punishment.

Virginia Burleson made no exceptions when it came to her job. She wrote her own husband a parking ticket, which he paid.

She worked long hours in the heat and cold and never really complained. All her children recalled that her smile was one of her greatest qualities.

“She was tough and feisty but she had a sweet smile,” Clay said.

Burleson was known by all students and she greeted them as they went to school. Sometimes, the Burleson children’s fellow students would “rat them out” and tell Burleson things they had done in class. It made for some interesting dinner conversations when she would tell her children she knew how they’d cut up in class.

Patsy and Clay noted that Gary was the class clown.

Burleson was a charter member and past president of the North Carolina Policewoman’s Association. She served on the board of directors until 1973. Burleson was also a member of the Retired Peace Officers Association.

Burleson kept her police patch, badge, retirement watch and other police trinkets in a dresser drawer, the siblings said. She retired in 1973 after 22 years on the job.

She’d arrive home by 4 p.m. and have a full meal every night, Clay recalled.

Burleson sewed “better than any seamstress,” Patsy said. In fact, her mother made Patsy’s wedding dress. She’d seen an Alfred Angelo design in the store, and her mother insisted she could make the same dress.

The creation took six months but was a masterpiece. Patsy recalled her mother’s sketch of the dress and notes in the margins.

She also had a garden and canned vegetables. The siblings recalled one time when their mother was canning tomatoes and nearly lost two fingers. Burleson was taking a jar out of the oven when it exploded, cutting into her fingers and severing tendons.

Patsy said most people didn’t know their mother didn’t have full use of two fingers and it didn’t prevent her from sewing or baking.

The siblings fondly remember their mother’s homemade biscuits and other dishes. Patsy inherited her mother’s love of baking, much to the dismay of her husband Dale’s waistline, he joked.

Family was important to Virginia and Cecil Burleson. There were always family dinners after church, a tradition they continued as the siblings became older and started families of their own. On Sunday evenings, they’d all gather around the table for dinner and swap stories about the latest happenings in their lives and the grandchildren’s lives.

Virginia sang in the choir and made dresses for the girls at the Baptist Children’s Home. She also crotcheted and knitted. In fact, each of her children, grandchildren and great-grandchildren have a quilt she made when they were born and got married.

Funeral services for Virginia Cox Burleson will be held Friday. The family will receive visitors beginning at noon followed by a funeral service at Summersett Funeral Home.