Quotes of the Week: ‘… But leave the ghosts’ 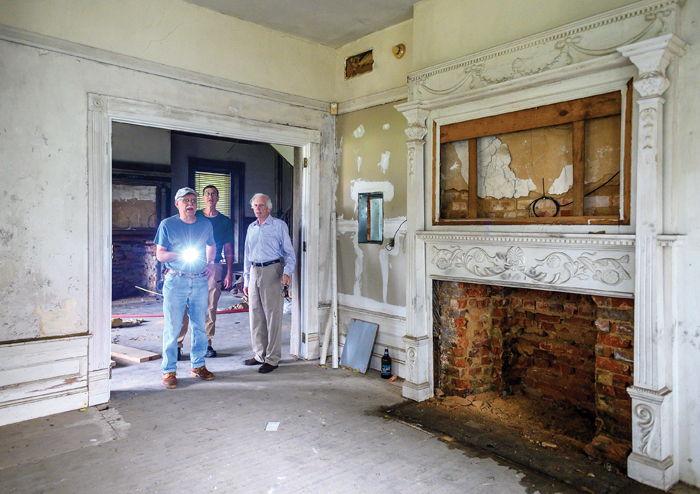 “I think we will remove the debris but leave the ghosts.”

Ed Clement, a preservationist and founder of Historic Salisbury Foundation, which recently completed the purchase of the massive but dilapidated Napolean Bonaparte McCanless House at 619 S. Main St.

“I don’t like rumors to be spread about things that are untrue.”

Rod Oden, executive director of Lee Street Theatre, saying a rumor that the company is no longer hiring Catawba College students is unfounded

The Rev. Mark Burns of Mount Zion United Church of Christ in China Grove, which is celebrating the 100th anniversary of its ‘new’ sanctuary — a building that was dedicated in June after a fire destroyed the fifth sanctuary on the site the year before

“We have to have these questions when we’re raising, lowering or moving things around, because how many people are going to sit and read up? They’re not. That’s our jobs to do that for everyone else.”

City Councilwoman Tamara Sheffield, who wondered why there was not more discussion on details of Salisbury’s budget, which was approved by unanimous vote Tuesday night

“If somebody signs up for this job for the money, they’re in for a rude awakening.”

“Taylor’s just got it. Such a pretty swing. A beast with a bat in her hands.”

“Everybody needs a little art in their life.”

Clyde, the owner of Off Main Gallery on East Council Street, on the Gallery Gallop that will showcase downtown galleries with art displays, live music, gallery tours and family activities from 5 to 9 p.m. today