You want zombies? You want environmental disaster? Get it here 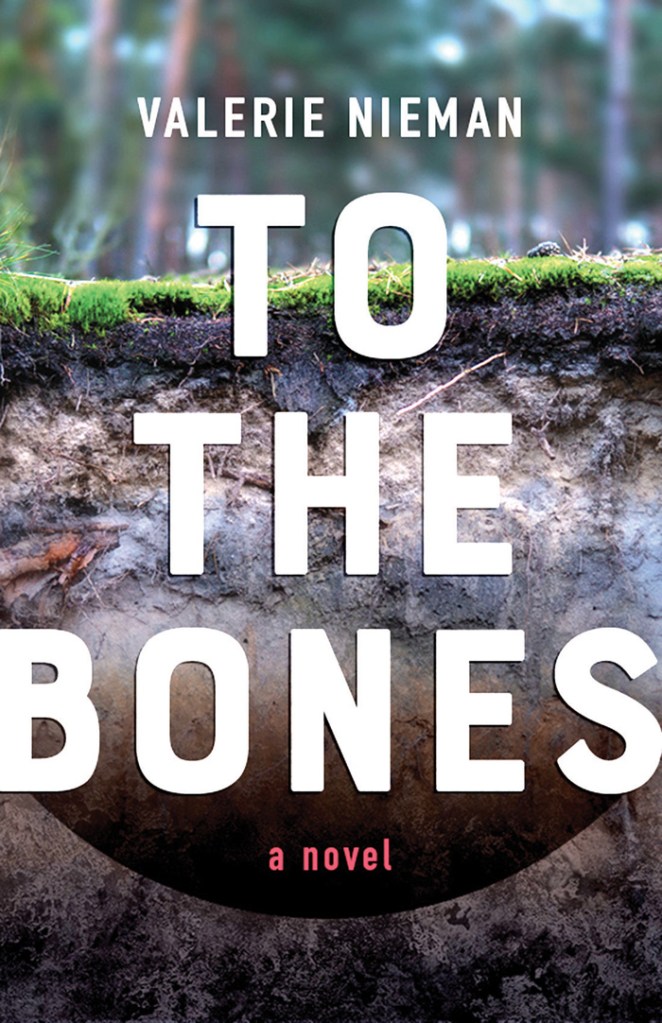 When a book is described as “an Appalachian zombie eco-justice love story,” you have to pick it up, don’t you?

And when it’s by an author you have met and read before, Valerie Nieman, that’s more incentive.

What you’ll find is pretty odd, but these odd combinations of fiction-thriller-supernatural are becoming more and more popular, and Nieman takes you there with multiple familiar elements.

A government auditor (can you hear someone spitting out, “revenuer”) stops at the wrong place to get gas. When Darrick MacBrehon wakes up, he’s in a horrifying cave — mine crack — filled with bones and rotting human flesh. He’s got a huge gash in his head and feels like he’s already died.

An orphan who’s already been in too many dark places, he scrapes his way out and wanders the streets of Redbird, West Virginia, looking for help.

He stumbles on Lourana Taylor, who works nights at a sweepstakes parlor and carries some serious baggage herself.

First question — would you take in a man reeking of rot and death, covered in coal dust and slime, bleeding from the gash in his head in? No, me neither, but Lourana somehow feels he needs her. She has a generous, but well-guarded heart. And she’s suffering herself, wondering what happened to her adult daughter, Dreama, missing for weeks.

What Darrick doesn’t know is he has stumbled into a world of pain and death in Carbon County. Lourana explains the Kavanaghs, who pride themselves as an ancient Irish family with deeper than deep ties to the West Virginia coal they’ve mined for generations.

During that time, the Kavanaghs develop a death grip on the county, their employees and the other residents. And they’re killing the environment, too. The river runs orange, full of acid from the many chemicals produced by the mines. The Kavanaghs are also fracking, further destroying the land.

The Kavanaghs are said to be so controlling they can “strip a man to the bones.” Well, there is a lot of that going on, one way or another. Nearly everyone, from cops to sheriff’s deputies to the editor of the newspaper, is under their thrall. No one can stop them, and with a poor economy, the people of Carbon County have no hope.

The zombie part starts early, when Lourana takes Darrick home to help him clean up and hear the rest of his story. It’s a snowy night in Redbird, with few cars on the streets. When a cop pulls up next to them at a stoplight, Darrick recognizes the young man as the one who hit him on the head.

Gory alert. Darrick, with his thoughts and emotions, makes the poor cop implode, sort of. His head bulges, his features stretched and distorted, and then he drops dead.

Next question — If this guy who just killed a cop with his thoughts was in your car, would you then just drive him to your house? Wouldn’t you get away as fast as you could?

Anyway, it turns out Lourana’s missing daughter worked for the Kavanaghs. One day her mother couldn’t get in touch with her, and it was like Dreama vanished from the face of the earth. Lourana has been searching ever since. When she meets Darrick, and he describes the mine crack with other bodies, she’s terrified Dreama might be one of them.

Darrick is determined to find out why he was attacked, and what has happened to him since. He was just another guy, with a dull job, no personal life, and no family. He has memories of his time at the orphanage, where the kindly priest gave him a name, since he had none as an abandoned baby.

Lourana knows a lot about what goes on in the county, and knows the Kavanaghs are a formidable force. She calls their minions “creatures” and says they have a — here we go — zombie-like single mindedness. They may not be looking for brains, but they do the bidding of the omnipotent mining family.

Lourana enlists the help of a former sheriff’s deputy, who asked too many questions about Dreama to keep his job, to help her. As the three of them investigate, Darrick’s terrible power comes into play again.

The community is up in arms about a zombie killer, then a zombie invasion, and yet another tragedy occurs, this time at an anti-zombie rally. But it’s not Darrick’s fault. It’s the Kavanaghs and the acid river they have created that kills a dozen men, women and children, stripping the flesh from their bones.

The tension is building, but Nieman takes a little time to create a series of confrontations with the frightening Kavanagh family. She adds a new, vulnerable but determined character.

What we learn about the Kavanaghs, a rapidly dwindling family in number, is their power is, indeed, beyond comprehension, as is the new-found power in Darrick. And it is all-consuming.

Nieman doesn’t try to explain it. It exists, and its potential for evil is tremendous, especially when Darrick contemplates its uses for good.

The ending comes quickly, with plenty of questions hanging fire, so there is the possibility for part two. Nieman, who is an English professor at N.C. A&T State University, has a vivid imagination. She created one tough cookie in Lourana and one ticking bomb in Darrick.

See what you think. Just watch out for the Southern-fried zombies.

Are you hooked on books? Do you feel better…