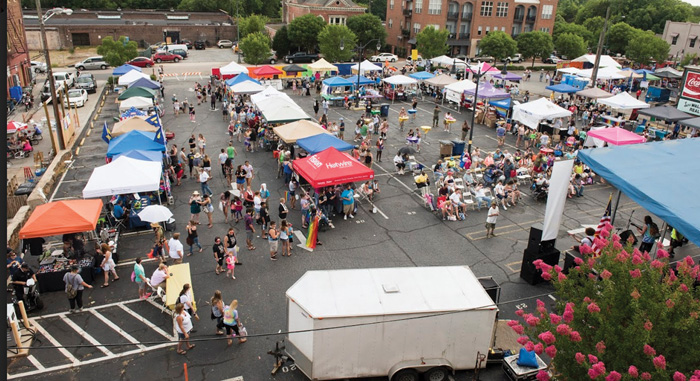 Pride’s 9th Festival will be held Saturday in downtown Salisbury. More than 100 vendors will be staged along E. Fisher Street between S. Main and S. Lee Streets and throughout the two adjoining parking lots. The main stage will host singers and drag performances. Salisbury’s own Jamie Monroe and Delighted Tobehere, who has appeared on “America’s Got Talent,” will be the hosts. Divided By Four and Sue McHugh are some of the musical acts also slated to perform.

Salisbury Pride will award two special awards at the Festival – its Ralph Ketner Ally of the Year and also its Volunteer of the Year. Salisbury-Rowan PFLAG will also award scholarships to nine high school graduates.

There will be an After Party at The Fish Bowl in Salisbury from 7 pm-midnight; no cover charge.
www.salsiburypride.com

Saturday’s Fire Truck Festival expected to the biggest ever