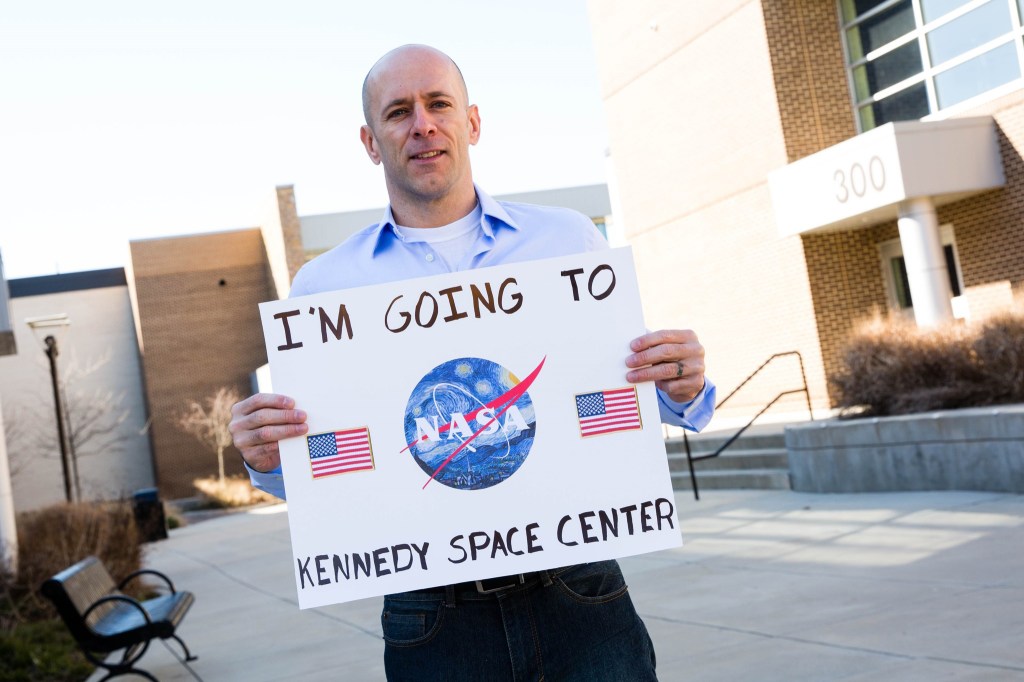 SALISBURY – Rowan-Cabarrus Community College engineering student Isaac Mayle has been accepted into the NASA Community College Aerospace Scholars Program. He has also been selected to attend a program at NASA’s Kennedy Space Center this summer.

As one of more than 400 community college students from across the nation to participate, Mayle will tour Kennedy Space Center, interact with NASA engineers, work on projects with other students and gain hands-on exposure to engineering careers.

“I have had a love for science and space as long as I can remember, but I never thought I could actually do something related to aerospace,” said Mayle. “Now I’m starting to believe that I can. I would love to work for NASA one day.”

Mayle maintains a 4.0 grade point average in the associate of engineering transfer program and is a member of the Phi Theta Kappa Honor Society and the Rowan-Cabarrus High Altitude Balloon Team. Just a few short years ago, he wasn’t sure he would ever be able to return to college.

Mayle, 38, first enrolled at Rowan-Cabarrus a decade ago but left to join the workforce. He always dreamed of going back to school, but in 2007 was hospitalized with depression and bipolar disorder. He struggled for years to overcome his mental health problems so that he could register for classes again.

“Every enrollment period, I would drive to the parking lot, but my anxiety would get the better of me and I would leave without entering the building,” said Mayle.

After seeing a television interview with astronaut Drew Fuestel, who began his own career at a community college, Mayle was inspired to try again. He enrolled in December 2017 and is on the road to completing his degree in May 2020. He hopes to pursue a career in aerospace or nuclear engineering.

“Going back to school will forever change my life, and I owe a lot of my success to the faculty at Rowan-Cabarrus,” Mayle said. “I was nearly crippled at the thought of going back to school, but I have done well in my classes. My instructors have been a positive influence on me and make me want to contribute to society in a positive way. It feels good to have people believe in me.”

By taking advantage of the campus library, tutoring and student life opportunities at Rowan-Cabarrus, Mayle gained confidence in himself as a student and a leader. He is taking the lead in launching a math honor society at the college.

“Isaac impresses me as a bright, diligent, and highly motivated student,” said Rowan-Cabarrus chemistry instructor R. Wayne Hendren. “He has a passion for aerospace engineering and is well-deserving of this honor.”

The college is now accepting applications for fall courses.