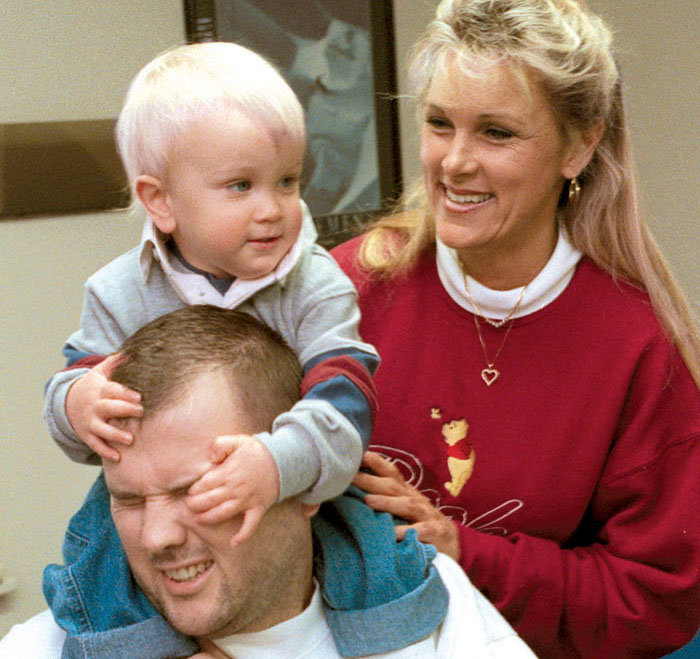 SALISBURY — It means a lot to have something commemorating the late Officer Robert Clement, said his son, Bobby Clement.

On Monday, Rowan County commissioners unanimously voted to support a resolution in favor of a naming a bridge over South Second Creek on Stokes Ferry Road, No. 141, in honor of Clement. It was part of the daily commute along High Rock Lake for the former police officer.

This bridge has significance for the family, said Clement’s former wife Lunda Eller. The water, which flows under the bridge, trickles down and along the waterways of their family farm, she said. It is the farm Robert Clement loved and Bobby Clement will one day inherit, she said.

Reflecting further, Eller said, she and Bobby still make the daily commute across the bridge. It’s touching to know that other officers may make the commute as well, she said.

And Monday’s vote for the resolution in support of the bridge name change could not have had more perfect timing, Eller said. This month marks the 20th anniversary of Robert Clement’s death.

“He sounds like the kind of guy we wish we had known,” Edds said Monday. “It’s an honor to be here today, to do this, to represent the county.”

“I just want to thank you…. (the dedication) really means a lot to my entire family,” Bobby Clement told commissioners.

Clement was shot after serving a warrant for arrest in 1997 while assisting the East Spencer Police Department. After the assault, he was paralyzed. And at the time, Bobby Clement was only 10 months old. Complications from injuries sustained in the incident would later result in his death on June 3, 1999. Bobby Clement was two-and-a-half when his father passed.

“The Rowan County Board of Commissioners wishes to memorialize Robert Y. Clement for his career in law enforcement,” Caskey said, reading the resolution. “For his dedicated service and sacrifice to his country, to the State of North Carolina, and to the citizens of Rowan County.”

Robert Clement moved to Rowan County after being hired as a police officer with the East Spencer Police Department, where he was promoted to sergeant.  He continued to later serve as interim police chief.

He also served in the Spencer Police Department as a patrol officer.

Robert Clement was a compassionate and caring officer, Eller said.

Asked to comment on the resolution passed Monday, Sen. Carl Ford, R-33, said he was happy to see the project moving forward. Ford said he has been working on the project for nearly seven years.

Ford, who has worked to secure funding for the project, optimistically added that the project would still take a couple of months before coming to fruition, but “the path is clear.” One of the next steps will be waiting on the NCDOT to pass the project in its budget, he said.

Dedications like the bridge renaming are something that the entire community can get behind, Caskey told the Post. It reminds police officers what they do is important, said Caskey, a Charlotte police officer.

Commissioner Craig Pierce, who seconded the motion Monday, said the dedication is needed to show appreciation to law enforcement.

The dedication on the road will have gravity, Ford said. There is something everyone driving by can see, he said.

And, police officers have a tough job, Ford said. They have to make “split-second decisions” every day and have no way of telling how people and media will react, he said.

This is the right way to honor someone who made the ultimate sacrifice, Ford said.

It is comforting, Eller said, that progress is being made. The dedication will, hopefully, lay the groundwork to commemorate the loss of other fallen officers, she said.