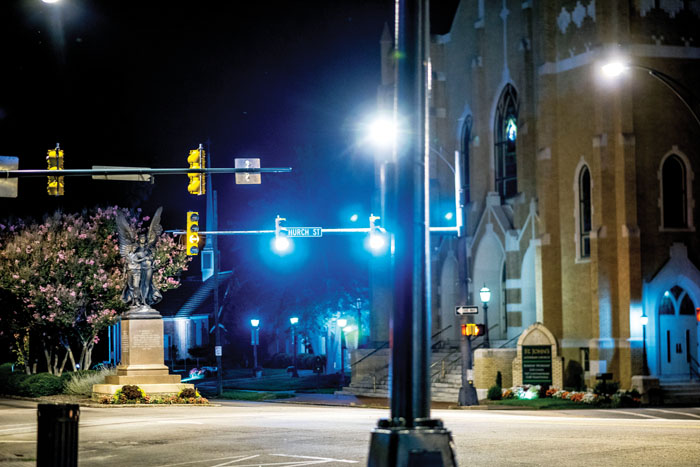 JON C. LAKEY / SALISBURY POST "Fame" the Salisbury statute that has been the center of discussion locally as the nation discusses removing public statues with connections to the American Civil War, specifically the Confederate statues. Wednesday, August 16, 2017, in Salisbury, N.C.

We would like to contribute to the ongoing community conversation by sharing material in the primary sources. All sides of the conflict can learn more from a close reading of the records left by the people who erected the tribute to Rowan County’s contribution to the Confederate cause. These sources are quite illuminating, regardless of the perspective brought to them. What these people did, what they said and what others said or did not say about them can “give context,” as one side wants, and dispel being “ignorant of history,” as the other side claims.

The research so far has been focused on the newspapers of a century ago and the till-now-not-considered family papers of the principals. These sources can be found in either the Rowan Public Library or the Southern Historical Collection at Chapel Hill.

• There was not widespread support for the monument. Only a small selection of the commercial interests of a very commercial town did more than go to the entertainments put on by the Daughters of the Confederacy, and not that much money was raised for years. At one point, Frances Fisher Tiernan, who spearheaded the project, tried to shame Salisburians for not supporting the monument, but to little avail. The statue languished in a crate for years because it wasn’t paid for. Only the arm-twisting of Mayor A.H. Boyden the year before “Fame” was erected led to enough funds.

• Rural Rowan was not a significant participant. There is no evidence that country people ventured into town to attend the initial entertainments that were designed to raise the money. The papers back then noted who came and went like folks today do with social media. Only when there was a campaign to raise money for the pedestal was there a very modest level of support outside Salisbury. A rural newsgatherer in 1909 referenced the whole effort as “those folks in Salisbury will soon get their monument.”

• The leaders almost all came from a small circle of town families with close geographic backgrounds. Almost all the “Daughters” were truly daughters of elites who ran the largest antebellum plantations in the Trading Ford neighborhood. Most of the men came from the same families. John S. Henderson, the brother of a lost Confederate officer, was the real leader in the whole effort and, in fact, the person who more than any other made Salisbury reset itself to accommodate the industrial age. The bulk of the men who worked for the monument had family and business ties with him.

• There was no openly expressed racial component to the monument effort, but records show builders had race on their minds. No black person is ever mentioned in connection to the effort, even the usual ploy of a token, say, among black ministers. No mention of anything racial was made in connection to the monument, not in any of the years checked.

The monument was erected to give the social message that all men and women who served the Confederacy during “the great war,” as one called it, had done so with honor, fighting for the right of secession. Henderson espoused this view forcefully in a 1912 speech. However, the activities commemorating the monument conveyed the secondary message that was the heart of the one-party democracy being created in the state — segregation was as right and principled as secession had been.

The finding that best reveals this context of the monument was the discovery of documents from Mayor Boyden’s tenure at City Hall in the James S. Brawley Papers.

Next to the document that gives the UDC the perpetual use of the block on West Innes Street is a speech by one of the leading developers of the day, Daniel W. Tomkins. It spells out the logic behind the white supremacist reversal of the rights gained in the Reconstruction amendments to the Constitution, including voting rights. Why Boyden (or Brawley) elected to keep that speech and no other from the time period is not known, but suggestive.

• Race and class were variables in the effort to bring a monument to Salisbury. The racial perspective is found most tellingly in the papers of John S. Henderson. The former congressman and legislator was a delegate to the Episcopal Church’s national convention in 1907.  In a letter to his wife — Bessie, a leader of the Daughters — is a confession that he could not vote for equality of condition among Episcopalian priests, regardless of their color. He could not allow himself to believe they could be “equal churchmen.”

The class dynamic was more subtle, but evident. C.R. Barker, son of a coach maker, for years ran a drugstore on the Square. R.W. Price, son of a tailor, was the town’s most prominent butcher. Both they and their wives were central to the monument effort, but not once are they named among the dignitaries who are on the program for the subsequent Confederate Memorial Day commemorations.

We hope to report more later, in greater detail, about each of the findings.