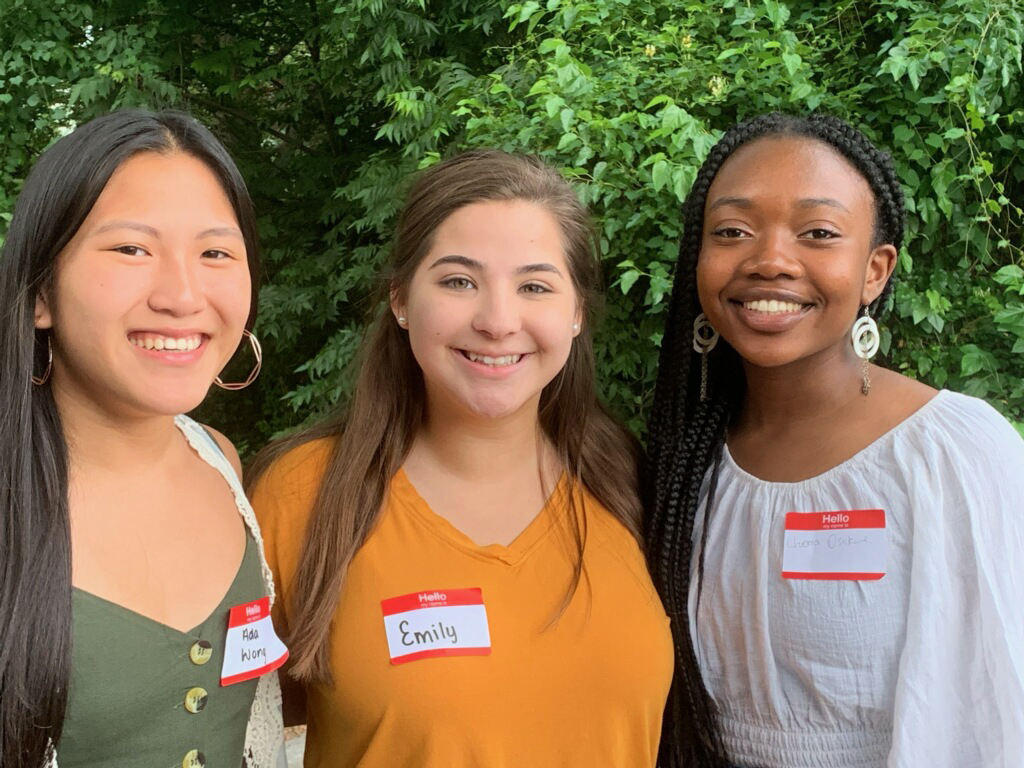 The Salisbury branch of American Association of University Women ended the 2018-19 “Women in Technology”-themed year with its annual Goldman Scholars Picnic at Rufty-Holmes Senior Center.

Harstell is a Crosby Scholar and Salisbury Post All-County Scholar. She graduated from North Rowan High School and will attend the University of North Carolina at Chapel Hill in the fall.

Osakwe is a recent graduate of the early college program at Rowan-Cabarrus Community College. This fall, she will attend UNC-Charlotte.

Wong graduated from Carson High School and is also a Crosby Scholar and All-County Scholar. She will attend Duke University.

The program included a tribute to outgoing association President Carol Cody, who has led the organization for 10 years. She installed the newly elected president, Nicole Sherrill-Corry; Da’Tarvia Parrish as program vice president; Amy Susong as secretary; and Eileen Hanson-Kelly as treasurer.

The Helen Goldman Memorial Loan and Scholarship fund was established in 1965 in memory of Helen Sokol Goldman. She was a charter member of the Salisbury branch and served as president from 1958 to 1960. She was a leader in a number of community organizations until her death in 1964.

After the death of her husband, Julius L. Goldman, in 1974, the fund was renamed the Helen S. and Julius L. Goldman Foundation. Additional gifts were contributed by the estates of her son, Joseph Goldman, and her sister-in-law, Sylvia Goldman Feit.

Since 1966, the fund has awarded scholarships to 95 young women from the Salisbury-Rowan community, totaling over $600,000.

The Women in Technology year has featured monthly workshops and presentations centered on solutions-oriented strategies to empower women. The Salisbury branch engaged in community initiatives including Work Start, a signature workshop of association working to bridge the pay gap and aid women in salary negotiating strategies.

Local members also served as volunteers at the 27th annual conference of the National Association of African American Honors Programs.

They also served young women in the Rowan-Salisbury community through the National Conference for College Women Student Leaders.

For the past 30 years, the conference has offered training and development of leadership skills for college women at the University of Maryland at College Park. Participants engage in skill-building workshops, network with other college women and hear from keynote speakers.