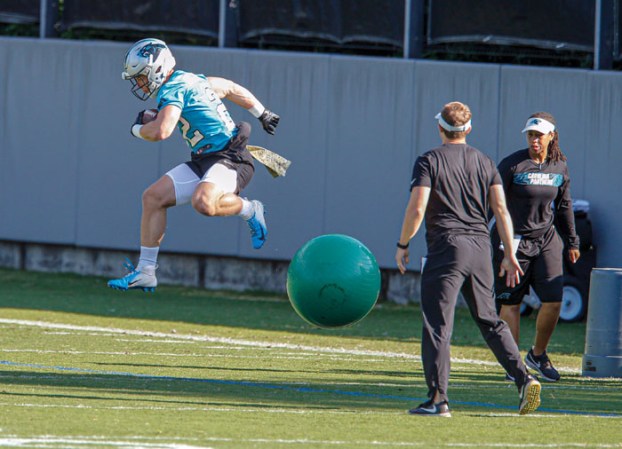 Panthers are off and running at mini camp 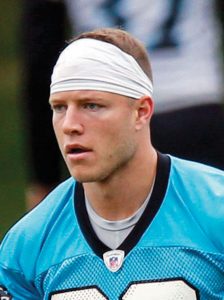 CHARLOTTE (AP) — Christian McCaffrey would welcome another huge statistical season — if it translates into more wins for the Panthers.

McCaffrey enjoyed a breakout season in 2018, flirting with prospect of joining Roger Craig and Marshall Faulk as the only players in the NFL history with 1,000 yards rushing and 1,000 receiving in the same season. He finished with 1,098 yards on the ground and 867 yards through the air, and was easily the bright spot in an otherwise forgettable 7-9 season.

“You have a lot of individual goals, I think everybody does,” McCaffrey said Wednesday during a break at Panthers minicamp. “… But you can have a great (statistical) day and, if you don’t win, it doesn’t matter.”

McCaffrey had several of those days last season:

— There was a 134-yard, three-touchdown outing that went for naught on a night the Panthers were blown out 52-21 by the Steelers.

But McCaffrey’s individual success couldn’t stop the Panthers from a midseason tailspin that including seven losses in their final eight games.

Coach Ron Rivera is eager to see what McCaffrey can do in his second season under coordinator Norv Turner and with a healthy Cam Newton under center.

However, Rivera is quick to caution that joining Craig and Faulk in the dual 1,000-yard club won’t be easy simply because the Panthers have more options on offense. Carolina added free agent wide receivers Chris Hogan and Aldrick Robinson to the mix and tight end Greg Olsen is back from a foot injury, all of whom could cut into McCaffrey’s production as a receiver.

“Anything is possible, and we’ll see how it goes,” Rivera said of McCaffrey’s chances of reaching 1,000 yards rushing and receiving. “We have a lot of weapons and the tough thing is there is only one football. And you guys know I love to see the football get spread around.”

The 23-year-old McCaffrey enters the season as Carolina’s undisputed No. 1 running back and its most dangerous player, which is why he was on the field more than any running back in the NFL last season.

Rivera said he would like to see McCaffrey get a few more plays off, but doesn’t want to limit his touches.

The son of three-time Super Bowl champion wide receiver Ed McCaffrey, Christian McCaffrey is doing everything in his power to continue to disprove the critics who said he’d never amount to an every down running back in the NFL. Teammates say McCaffrey is constantly in the film room and he’s added noticeable bulk and muscle to his frame — particularly in his arms — through changing his diet and workout regimen.

McCaffrey views every day as a chance to get better and has learned to embrace the conditioning aspect of the game by being around Panthers linebacker Luke Kuechly and tight end Greg Olsen.

NOTES: Quarterback coach Scott Turner shed light Wednesday on the tweaks the Panthers are making to Cam Newton’s throwing mechanics. He said the team wants to make sure Newton’s hips are pointed in the direction of his throw to alleviate stress on his right shoulder. “No different than like a baseball player hitting a baseball, a golfer swinging or a boxer — you generate power with your lower body,” Turner said. “So you want your lower body to be moving in the direction of where you’re throwing. If it moves in the opposite direction, you put more stress on the upper body and you have to correct it with your arm. Just having everything working in unison, that’s where it starts — it’s the lower body.”

Tonight: Warriors try to even NBA Finals with Raptors