Pedestrian killed when hit by train in Landis 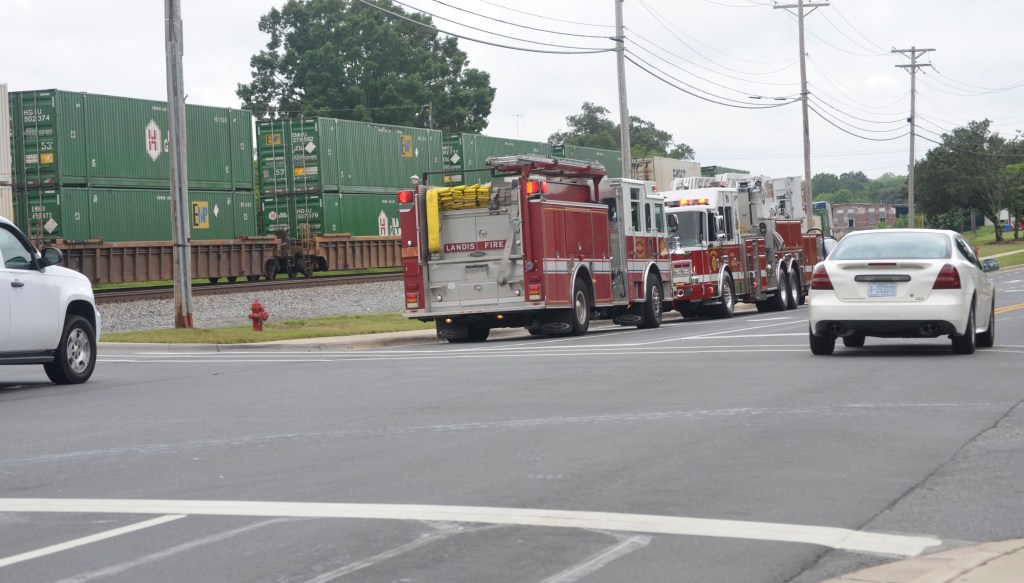 Landis Police investigators and fire officials collect items at the scene where a man was struck and killed by a train in downtown Landis at the intersection of South Main Street and East Ryder Avenue. Shavonne Walker/Salisbury Post

LANDIS — A pedestrian was killed Monday morning when he was hit by a train in downtown Landis, officials said.

The Landis Fire Department received a call at 9:02 a.m. about a man who was struck and trapped under a train, said Fire Chief Ron Miller.

The identity of the man was not released pending notification of his relatives.

Miller said the collision occurred at the intersection of South Main Street and East Ryder Avenue, not far from the Home Run Market/Shell gas station. According to Miller, the Norfolk Southern train was heading south.

The Landis Police Department is continuing to investigate the death.

The China Grove and Kannapolis fire departments also responded to the call.

Ask Us: When will Spencer’s Fourth Street, Yadkin Avenue…