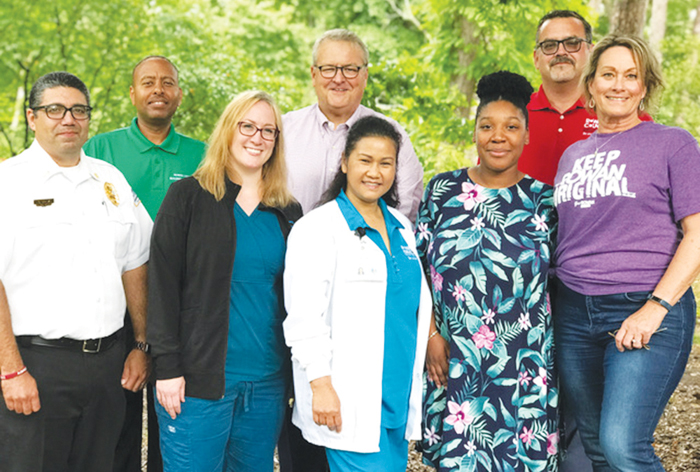 Rowan County government has been selected as a winner of the 2019 Healthiest Employers of Greater Charlotte Award.

The county will be recognized for its health and wellness initiatives that met or exceeded overall national average scores as measured by the Charlotte Business Journal.

“These programs would not be possible without the support of the Board of Commissioners as well as the hard work and dedication of Aldrea Speight and Debbie Holshouser under the leadership of Human Resources Director Kelly Natoli,” said County Manager Aaron Church.

The Healthiest Employers of Greater Charlotte Award & Wellness Expo will be held from 10 a.m. to 1:15 p.m. June 28 at the Daniel Stowe Botanical Garden in Belmont. 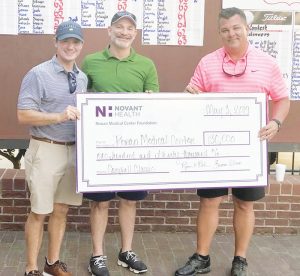 From left, Brannon Williams and Dr. Ryan Rick, golf committee co-chairmen, and hospital administrator Gary Blabon hold a $130,000 check that represents how much money was raised for the Wallace Cancer Center. Submitted photo

The tournament, hosted by the Novant Health Rowan Medical Center Foundation and presenting partners Vannoy Construction and Facility Systems Services Inc., was held May 2-3 at the Country Club of Salisbury. It drew more than 275 participants, a record for the tournament.

This year, a par 3 tournament was added on the eve of the main tournament. More than 40 golfers competed on the last nine holes and then enjoyed an evening cookout.

All the money raised will be added to the capital campaign to raise $12 million for the Wallace Cancer Center. Once completed in August 2020, all cancer care services will be relocated to one campus. Patients can expect improved care coordination and reduced travel time.

Since its founding, the golf tournament has raised more than $2 million for Rowan Medical Center, said Kristen Trexler, the foundation’s manager of program development. The tournament is named in memory of John A. Campbell, the first executive director of the foundation.

For more information about the foundation or the tournament, contact Trexler at krtrexler@novanthealth.org or 704-210-5638. 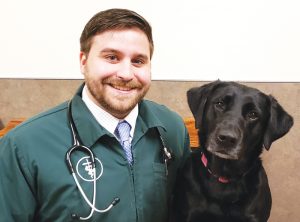 Dr. David Stevens has joined the Lazy 5 Vets team as an associate veterinarian.

Stevens studied biology at Virginia Tech, where he graduated with highest honors in 2012. He returned to Blacksburg, Virginia, to earn his doctorate in veterinary medicine at the Virginia-Maryland Regional College of Veterinary Medicine.

His veterinary interests include companion animal dermatology and internal medicine. He practiced at Broad Street Veterinary Hospital in Richmond, Virginia, for two years but found that he spent most of his weekends traveling to the Charlotte area. In 2019, he moved to Concord and joined Lazy 5 Vets in Salisbury.

Outside veterinary medicine, he enjoys mountain biking and spending time with his dogs, Tara, Bandit, Finnick and Daisy.

“I believe that veterinary medicine is composed of two core principles: prevention and intervention,” Stevens said. “It takes a team effort of pet owner and veterinarian to achieve these goals and provide the best care for our pets. There is no substitute for a diligent, caring owner.”

The SelectUSA Investment Summit is the highest-profile gathering dedicated to promoting direct foreign investment in the United States. The 2018 summit had more than 3,000 participants from a record 66 international markets and 51 states and territories.