At 19, she entered and won the world’s most grueling horse race 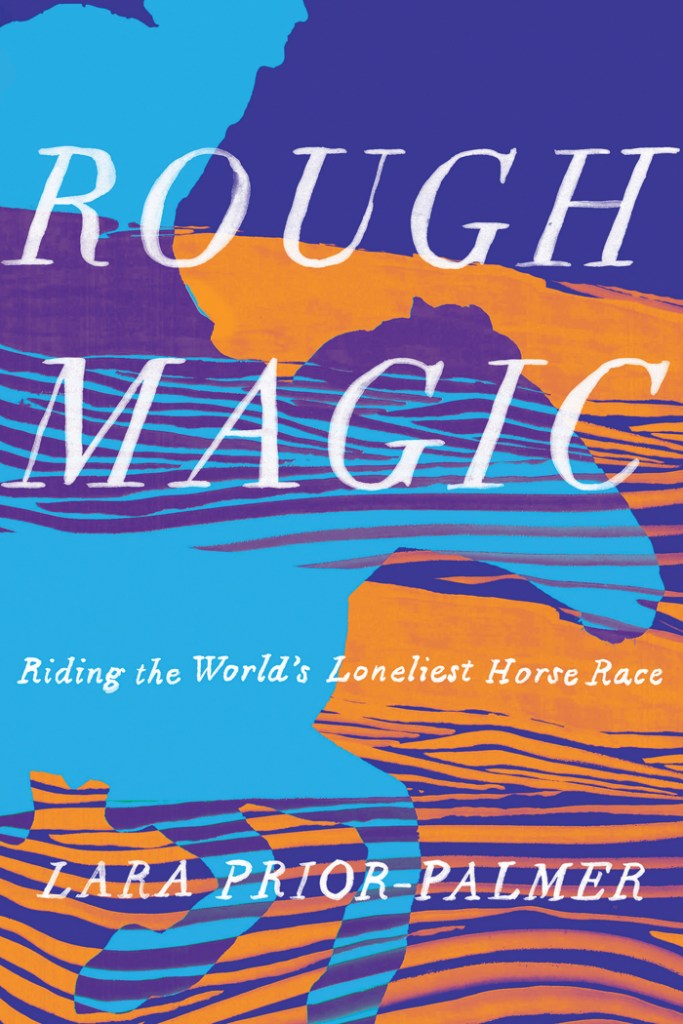 It’s tempting to read all literary journeys as simply symbolic — to make Odysseus everyman, reduce Huck Finn’s escapades to trials on the road to adulthood, and, in our more inward-looking times, to turn the peaks of Cheryl Strayed’s Pacific Crest Trail into monuments of grief.

Lara Prior-Palmer’s “Rough Magic,” a tale of seven days spent traversing the Mongolian steppe on wild ponies, courts symbolism as much as any, while also rejecting the arc of the traditional journey, such that myth melts into and is enlivened by the teeming, sometimes petty details of life itself.

Like so many myth-inflected journeys before, Prior-Palmer’s tells of a trial at the dawn of adulthood. “What was it about turning into an adult?” she writes in the opening pages. As she considered the prospect, “the color drained from the days and life became a calendar.”

In 2013, then-19-year-old Prior-Palmer ran from this dreaded future in her native England to the Mongolian steppe, to compete in the Mongol Derby, reputed to be “the world’s longest, toughest horse race.” With all the assumed invincibility of a mythic hero, she enters the race on a whim and fails to prepare, becoming something of a joke among the crew and her fellow competitors at first.

The book’s mythic quality owes much to landscape. “I think the slung-out plains are moving us away from time,” Prior-Palmer writes in one characteristically metaphysical flourish. The steppe’s sheer scale — it is, she writes, “so vast it would be silly to carry on thinking we matter” — resets her imagination, her mechanisms for narrative and sense-making. “Here, on the steppe, is an orientation that tears apart my mind map. It breaks the spell of space and family,” she writes.

As Prior-Palmer races through the billowing lands of Genghis Khan and soon finds herself ahead of the pack, her main rival also becomes symbolic, even archetypal. For much of the race, fellow rider Devan is a figment of our heroine’s imagination, at most a dot on the horizon or a presence just whipped through an urtuu, or horse-swapping station. (The animals are subbed out regularly to ensure this is an endurance test for humans only.)

This internalized opponent soon comes to represent something far larger than a young Texan woman on horseback. “If Devan triumphs,” Prior-Palmer tells herself in the nail-biting final passages, “the world will have gone ever so slightly wrong.” Thus the race becomes a battle of good and evil — or at least between the humility Prior-Palmer claims and the naked ambition she ascribes to her opponent.

But this duality oversimplifies. Although she sets off with no hope of winning, there’s no doubting that by the end of the race, Prior-Palmer has nurtured her own very healthy store of ambition. She equivocates about the nature of this ambition, most often labeling it a simple drive for redress ­ to take Devan down a peg or two. Why is she so uncomfortable with her own drive? Partly out of her Britishness: the deep feeling that “overt ambition is distasteful.”

More interestingly, she despises her competitive spirit because of the ways it impoverishes the journey, and so life. The moments when Prior-Palmer is most caught up in competition are some of the race’s most miserable.

“Onwards I marched in the manner of a manic London commuter,” she writes after briefly taking the lead from Devan. “In those taut afternoon hours, it was achingly obvious I was unable to live in the present like the pony, and equally unable to see into the future like the prophet Dashtseren. I was just stuck in the race’s petty timescale.”

Fittingly, given her misgivings about racing, Prior-Palmer resists the arc of the hero’s journey by downplaying her ultimate victory — though this victory made her the youngest person and the first woman to win the race. “Shame lit up my cheeks,” she writes. “It was inconvenient to have accidentally — or rather, fully intentionally — won the whole thing.” This is no fresh-forged mythic hero, but rather a young woman who’s still doubting, still equivocating about her right to seek greatness.

Which isn’t to cast Prior-Palmer as an alternative kind of hero — an icon of modern humility. Her story holds some tricky moments of cultural insensitivity, such as when she and a fellow rider stay in a Mongolian family’s urtuu and ride off without paying the fee the host requests (with the excuse that they don’t have the sum requested).

And when a crew member reports, “I had a bath in the stream, contaminated it,” and Devan repeatedly rides her ponies so hard their hearts struggle to recover afterward, readers might wonder precisely how much damage all this swashbuckling inflicts.

To her credit, the heroine of this story never claims to be flawless, nor even to be a heroine. Ultimately, the book lingers in the mind partly for its fearless prose and partly for its refusal to obey that tired old victorious arc of the journey narrative.

Prior-Palmer both embraces the race and disavows it. She pulls back to observe the minutiae of the moment, the marmot holes that riddle the steppe and the infinite, individual blades of grass that paint it green. She offers no easy morals on these dual modes of life and of narrative.

“Will I ever accept that the most mythic, meaningful life might lie in the ordinary: the kingdom of details and daily reprises?” she asks in the closing pages. In truth, it’s not an either/or question: As Prior-Palmer senses on her journey, reconciling the wisdom of the everyday with the instinct for timelessness and mythmaking is a life’s work — work to which “Rough Magic” is an engaging guide.

Robins is a writer and translator based in Los Angeles.