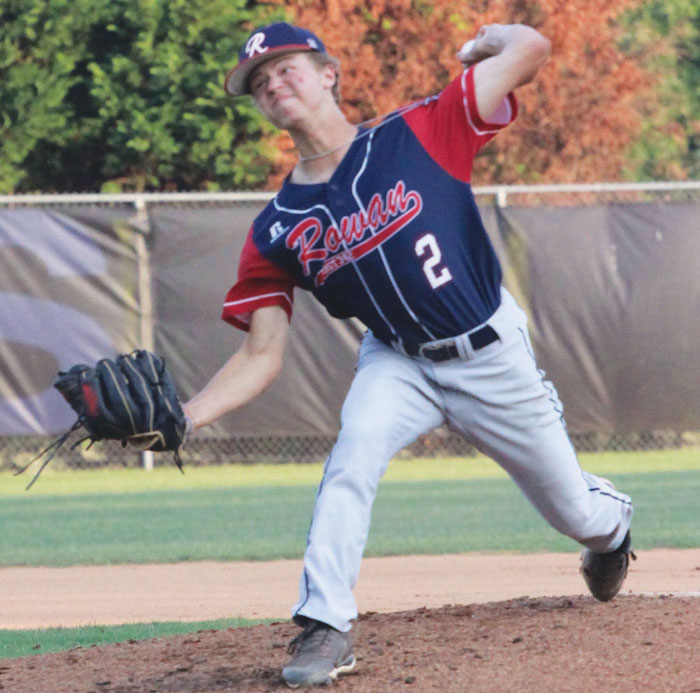 Rowan (12-3) strung together four hits and two walks to produce a four-run sixth.

“It’s good to be able to come back and win a road game like that,” said head coach Jim Gantt, who joined the Legion squad after Catawba’s long run ended at the World Series on Tuesday.  “The guys did a good job in the sixth.”

Prior to that late rally, the only noise Rowan made was Luke Barringer’s homer, his third of the summer, leading off the top of the second.

High Point (6-4) scored three runs in the first against Rowan starter Corbin Durham and one in the fifth against reliever Daniel Sell to take a 4-1 lead to the sixth.

“We made an error behind Corbin that hurt him some, but he did a good job of hanging in there and giving us a chance,” Gantt said.

“He had a good fastball and an exceptional changeup that gave us trouble,” Gantt said.

No. 9 hitter Zeb Burns doubled to start Rowan’s sixth-inning uprising. Jordan Goodine walked, and Cole Hales singled to cut Rowan’s deficit to 4-2. On the throw to the plate trying to get Burns, Goodine and Hales were both able to move up a base. When Wayne Mize whacked a single that got past the left fielder, Goodine and Hales scored, and it was 4-all. A base hit by Barringer plated Mize and gave Rowan a 5-4 edge.

Rowan added two insurance runs in the seventh. Hales got things started with a single. Mize and Bo Rusher connected for ringing doubles.

Sell was the beneficiary of Rowan’s comeback and notched his second win.

NOTES: Rowan owns its third four-game winning streak of the season … the win avenges a 10-9 loss to High Point on May 25. … Goodine scored his team-leading 24th run. … Mize got his team-high 29th RBI and is still batting well over .500 … Rowan is scheduled to host Stanly tonight at 7 p.m., although rain is in the forecast.