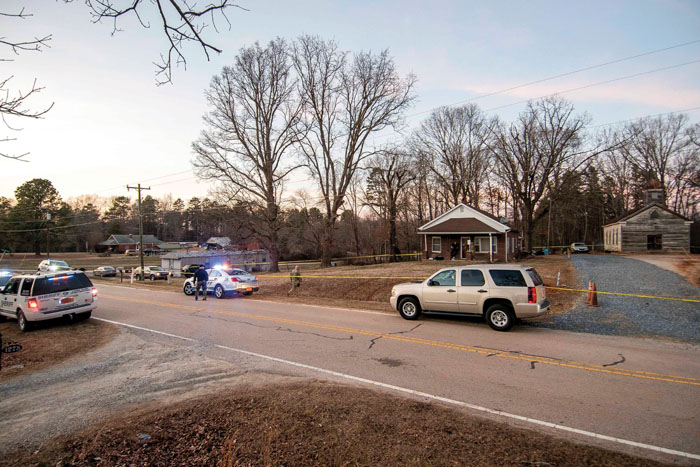 The meeting will be from 2 to 4 p.m. at the Salisbury Civic Center and will include a review of violent crime data collected over 36 months, from September 2015 to September 2018.

Project Safe Neighborhoods is a nationwide initiative that brings together federal, state and local law enforcement officials, prosecutors and community leaders to identify the most pressing violent crime problems in the community and develop comprehensive solutions to address them.

Organizers say there will be an opportunity for questions and discussion.

Stokes said the review also provides a strategy to use resources to divert victims or offenders from those dynamics that lead to violence, again using data, to determine people most in need of services or other interventions to avoid becoming a violent crime victim or offender.

“We seek the harshest punishment for those identified as most likely to be offenders in this review based on data and not assumptions. Project Safe Neighborhoods is not just about enforcement; it is about reducing violence through making services available to the appropriate people. It’s called ‘pulling a lever’ to get them away from violence or criminal activity,” Stokes said.

Those in attendance will get an overview from John Weil and Stacy Sechrist on the importance of the program. Both are researchers at the University of North Carolina at Greensboro.

In addition, Jim Summey, executive director of High Point Community Against Violence, will speak about the role of the community in Project Safe Neighborhoods.

Robert A.J. Lang, assistant U.S. attorney and Project Safe Neighborhoods coordinator for the Middle District of North Carolina, will discuss leveraging the partnership and the next steps.

Part of the program helps law enforcement agencies direct resources toward gangs or groups involved in violent crimes by giving authorities a better understanding of those associations and forces at work.

The program is also a significant part of the Public Safety Partnership of which the agencies are part of through the U.S. Department of Justice. Stokes said both programs are meant to provide resources in the community to reduce precipitous violent crime, particularly gun crime.

Rowan District Attorney Brandy Cook said she has been a strong supporter of Project Safe Neighborhoods for over a decade.

Cook said she’s seen first-hand the positive impact the initiative has had in the county.

“We continually strive to ensure we are leveraging our limited resources by working closely with the U.S. Attorney’s Office for the Middle District in the prosecution of cases. We are fortunate to have productive working relationships that help make our community a safer place to live, work and raise a family,” Cook said.

Rowan County Sheriff Kevin Auten said his agency has a great partnership with all the parties involved in the program.

“We have lots of work to do, but progress is being made,” Auten said.