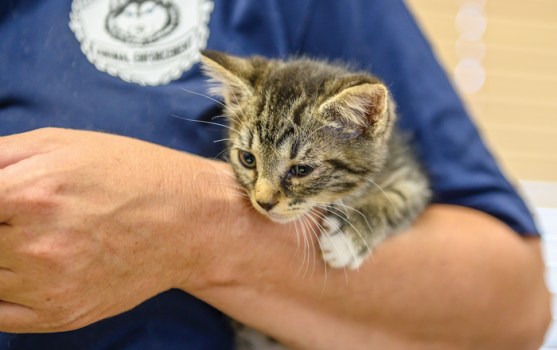 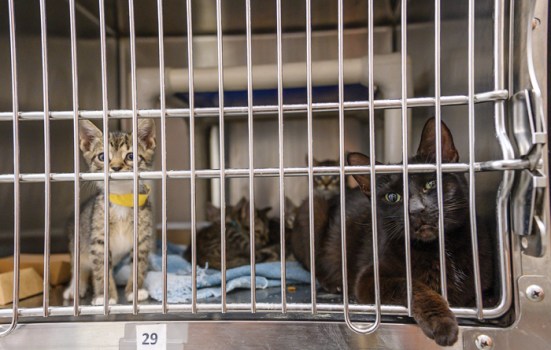 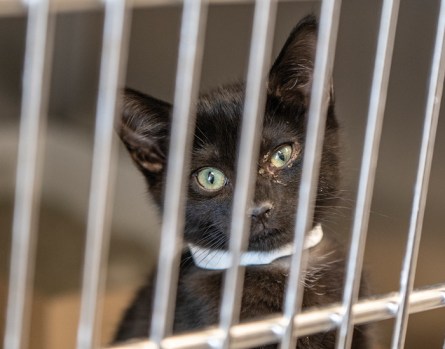 One of the kitten available for adoption at Rowan County Animal Shelter. Bernadine Hernandez/Salisbury Post

SALISBURY — Rowan County Animal Shelter veterinarian Dr. Mari Maristany doesn’t get many chances to sit down on the job these days.

Kitten season is in full swing, meaning her hours are spent on intakes, vaccinations, and a near-constant rotation of spay and neuter operations as the shelter teems with well more than 100 cats and kittens.

As the next feline friend waited for surgery Tuesday, Maristany paused to prepare medications and reflect on the annual surge.

“The feeling is like somebody has opened a dam and the water is just spewing down uncontrollably,” she said. “That’s how many cats and kittens we’re seeing each day.”

The influx comes in all shapes and sizes, according to Animal Services Director Bob Pendergrass. There are adult cats, weaned kittens and kittens that are still nursing. The number, he said, puts a strain on the shelter in more ways than mere capacity.

“Once a kitten is mobile, they can destroy their bedding and litter pans in half an hour or less,” Pendergrass said. “It’s one thing to control disease in adult cats that are cleaner and have stronger immunity. Kittens are still developing an immune system until they’re 20 weeks old, so it’s a challenge just to keep them healthy.

To stave off potential overcrowding, the shelter will offer an adoption special today of 80% off the standard price. Adoptions from 11 a.m. to 4 p.m. today will run $16 for animals that haven’t been spayed or neutered and $3 for those that have.

The $16 cost will include a voucher for spay or neuter surgeries, something Pendergrass called a critical factor in Rowan County’s current overpopulation of stray and feral cats.

“People in general take better care of their dogs, meaning most of the dogs and puppies we see here are just those that weren’t the right fit for a family’s particular circumstance,” he said. “But people will let their cats roam free without spaying or neutering.”

And this, he said, is a recipe for disaster.

According to Maristany, the reason for this is twofold: cats are seasonally polyestrous, meaning they can have multiple heat cycles in a breeding season. They also are induced ovulators, meaning their ovaries do not release eggs until the moment they are bred, she said.

With cats able to reproduce as young as 6 months, the effects of these factors can be astounding. Maristany said two female cats and one male cat could produce 5,000 cats over a period of five years.

The number may seem astronomical, but to Animal Shelter supervisor Maria Pannell, it’s a reality.

In addition to seeking forever homes for both cats and dogs through today’s adoption special, Pendergrass and Pannell each said the shelter is in constant need of volunteer bottle feeders for kittens that come to the shelter before being weaned.

It is the work of these volunteers and partnering organizations, Pendergrass said, that has kept the shelter on track toward a remarkable milestone: In 2018, the shelter did not euthanize a single adoptable pet, and Pendergrass said the same can yet be said about 2019.

Pendergrass also pointed to the importance of spaying or neutering both cats and dogs.

“We really are working to make people understand what the Animal Shelter does on a daily basis,” he said. “We’re here to help people, but we’re also here to educate. We want people thinking ahead about what happens next. We want them to make sure they chose the right animal for their home, family and circumstance.”