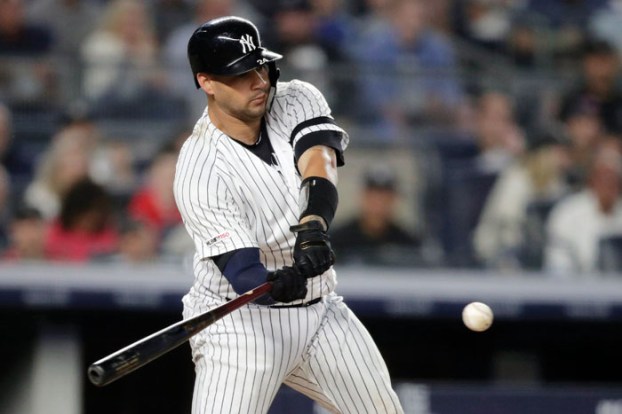 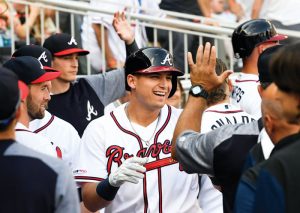 Atlanta Braves’ Austin Riley is congratulated in the dugout after hitting a home run in the sixth inning of a baseball game against the Detroit Tigers, Saturday, June 1, 2019, in Atlanta. (AP Photo/John Amis)