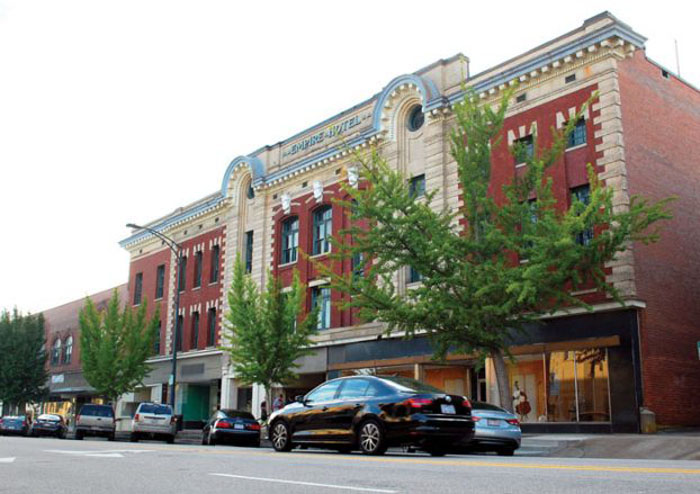 Sen. Carl Ford, R-33, said the budget is halfway finished and will be adapted as it goes through approval in the Senate and further talks with the House. It will then go to Gov. Roy Cooper, and in this session, Republicans no longer have a guaranteed veto override.

Ford said he expects the full Senate budget to come out Friday afternoon along with more than 20 amendments.

Rep. Harry Warren, R-76, said he was disappointed after seeing money for N.C. Transportation Museum renovations was excluded. Warren said he expected the appropriation in the House budget to be decreased but not eliminated.

The funding for the museum would go to finishing renovations to its Power House facility, which is the last building on the property to go through upgrades. The. Transportation Museum Foundation has asked for funding but has not received it because of recessions and natural disasters.

Warren said he plans to speak with the chairs in the House and discuss funding for the museum with the Senate leadership. He also will talk to Ford about advocating for the Transportation Museum. Warren said he is confident there’s a chance of receiving funding the museum renovations.

Ford said he would work to get some funds for the museum and, if it’s not funded in the budget, money could come from contingency funds.

Both Ford and Warren said they have received calls from constituents regarding funding for the Empire Hotel but have not received a formal ask from the city of Salisbury or an elected official. Most municipal boards send a resolution in such cases, Ford said.

The Empire Hotel restoration project was in the governor’s budget. It offered $1 million for the hotel project along with 68 other projects across the state.

On the agenda for Tuesday’s Salisbury City Council meeting, however, City Manager Lane Bailey has asked the council to consider adopting a resolution of support seeking the inclusion of funding for the Empire Hotel project in the state budget.

“At this point, it’s a day late and a dollar short,” Ford said about the request.

Ford added the resolution will help going forward, and it is never too late, especially for consideration for next year’s budget.

Ford also said he had received an ask from Bell Tower Green, the park proposed for downtown Salisbury on the 200 block of West Innes Street. He has talked with Warren and Rep. Julia Howard, R-77, to work toward contingency funds and help from the N.C. Department of Transportation.

Ford said he will advocate for buoys on High Rock Lake, which he says are outdated.

Warren said he will look at the budget and look for items that could be decreased to provide funding for projects in Salisbury and Rowan County.

“It’s helpful for me to be able to tell where I can get this money from,” he said.