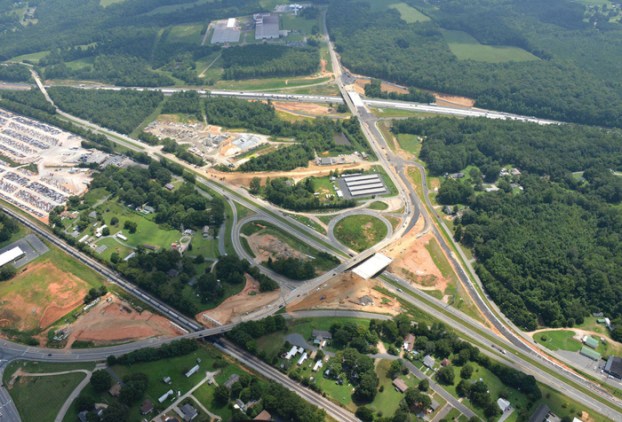 His words may have been aimed at public officials and business leaders who have long waited and watched for growth rates to raise above the small numbers the U.S. Census has projected of late for Rowan County and its municipalities.

Why did Kannapolis grow at a 2% rate from 2017 to 2018 while the rest of Rowan hovered at rates less than 0.5%? The city’s faster growth rate is because it’s closer to Charlotte, he said.

Rowan County’s future growth may be as simple as that — once space fills up elsewhere and Rowan has the right resources, businesses may judge local sites to be a better fit for relocation or expansion. Rowan officials will likely offer the same or better incentive packages as other North Carolina counties. And, for larger projects, state incentives will come, too. When attractive housing options are available, residents will follow the businesses.

For decades now, developers and local leaders have offered that Cabarrus County is full and growth would soon spill over our borders. Clearly that wasn’t the case then. It’s not the case now, but it may not be far off.

It’s tough for businesses to choose to locate here, especially off of Interstate 85 in southern Rowan, when there’s major road construction going on and only one exit for miles. The same is true when municipal water and sewer lines aren’t easily accessible and parts of the approval process are cumbersome.

Commissioners and county staff made changes to the building permit process years ago that made things faster. Commissioner Craig Pierce sparked a debate about water and sewer that’s looks to bear fruit, but the path taken to produce results looks to be different than most would have expected. I-85 construction will soon produce a wider interstate with improved and new exits.

So, until then, we should collectively count small growth rates projected by the census in recent years as OK and patiently await whatever comes next.

Laurel to the city of Salisbury’s forgivable lien program for spurring improvements in the West End neighborhood. The city’s program... read more