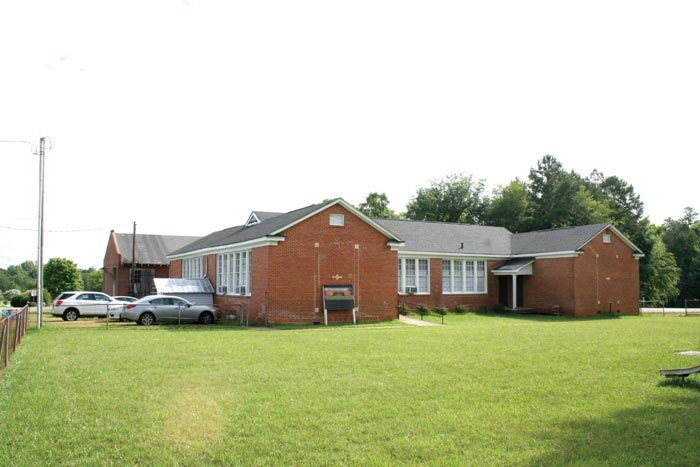 Submitted photo The North Carolina Department of Natural and Cultural Resources has announced that Cleveland School has been added to the National Register of Historic Places.

RALEIGH — The North Carolina Department of Natural and Cultural Resources has announced that Cleveland School has been added to the National Register of Historic Places.

The school was one of five properties and one district across the state to receive the designation. Others are the Madison-Derr Iron Furnace in Lincoln County; College Heights Historic District in Durham; Stamey Company Store in Fallston; the West Fork Pigeon River Pratt truss bridge in Haywood County; and Bethlehem Baptist Church in Hertford County.

“The addition of these North Carolina listings to the National Register of Historic Places continues to expand our telling of the diverse story of our state’s history and to acknowledge the important contributions of all North Carolinians,” said Susi Hamilton, secretary of the Department of Natural and Cultural Resources.

The listing of a property in the National Register places no obligation or restriction on a private owner using private resources to maintain or alter the property.

Over the years, federal and state incentives have been introduced to assist private preservation initiatives, including tax credits for the rehabilitation of National Register properties. As of Jan. 1, 2019, more than 3,790 historic rehabilitation projects with an estimated private investment of over $2.833 billion have been completed.

Cleveland School was named to the list in January. It is locally significant for its association with African-American education in Rowan County from 1930 until 1968, when the school closed because of desegregation. The school was one of five in the county financed and constructed with the assistance of the Rosenwald Fund, which provided seed money for construction of the primary building, a four-teacher brick school built in 1930.

The property includes a 1942 auditorium and 1956-57 playground equipment. Cleveland School served African-American students in grades one through 12 in the Cleveland community and the northwest part of Rowan County.

The nomination for Cleveland School was funded by an Underrepresented Community Grant to the State Historic Preservation Office from the National Park Service.