City Council to have special meeting about ‘Fame’ 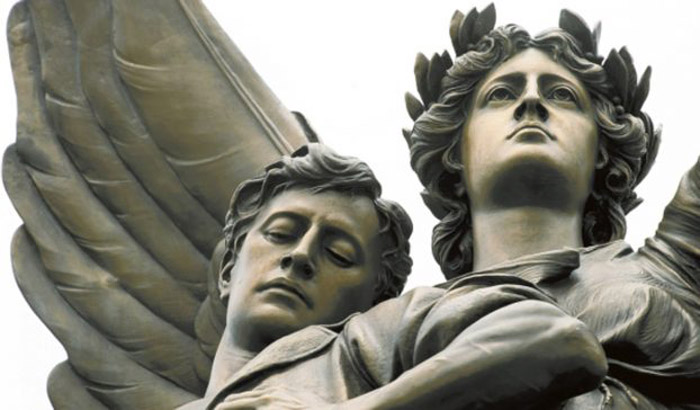 SALISBURY — The City Council is expected to have a special meeting about “Fame” following a gathering organized by Mayor Al Heggins on Tuesday.

For two hours on Tuesday, Salisbury Mayor Al Heggins facilitated a meeting with some of the local stakeholders to discuss the Confederate monument “Fame” on Tuesday morning. Representatives from the United Daughters of the Confederacy and the Sons of Confederate Veterans were not in attendance at the meeting, which Heggins had said was closed to the public.

“Fame,” which sits in the median of West Innes Street at the intersection of Church, has been vandalized with paint twice in a year — in August and in March.

And despite the missed opportunity to speak with the two Confederate groups, Heggins said she is willing to talk to them anytime.

“I hope they understand that they are as welcomed here to City Hall as anybody else,” Heggins said. “It is the people’s house, period.

“My purpose for convening that meeting was so that I could get these individuals in a room together to get to know each other,” Heggins said. “I’m trying to introduce that human element around an inanimate object.”

After Tuesday’s meeting, Heggins said, the City Council has decided to hold a special meeting to discuss the Confederate monument. The council has been tasked with deciding on the time and location within the next 30 days.

“It’s going to be critical that we establish factual context for ‘Fame’ and that we get that information on the space upfront, so that individuals are able to hear from historians, experts in the area around institutional and structural racism,” Heggins said.

Salisbury-Rowan NAACP President Gemale Black attended the meeting. The group along with Salisbury Indivisible and Women for Community Justice asked the council on April 2 to have a public hearing regarding Fame.

“We don’t want to destroy history,” Black said. “We just want it removed from the heart of the city.”

Regina Dancy, of Women for Community Justice, said her group continues to stand by its April 2 joint statement, and the group had no additional comments to make.

Mayor Pro Tem Post said he hopes the upcoming special meeting will be a “grown-up conversation.”

“There will be a lot of people there, and I hope that it doesn’t become too emotional because it’s highly charged,” Post said.

Post said his goal Tuesday morning was to sit and listen, but the conversation was predictable and did not expect the Sons of Confederate Veterans or the United Daughters of the Confederacy to show up.

Kepley said talks around Fame are challenging but he feels comfortable. He was able to add some historical context and fact check as the conversation went on.

“It’s always good to have a conversation of how we remember our past,” Kepley said.

Kepley offered that Rowan County should update its history — it was last written in 1953.

At the special meeting, Heggins said the historical context related to Fame being placed on Innes Street and the city’s previous and current role needs to be addressed.

“For me, my no. 1 priority is making sure that we, as a community, navigate this in a way that we keep in our front of our minds that we’re neighbors, first and foremost, that we live in this community together,” Heggins said.

And while this is a municipal election year for the Salisbury City Council, Heggins said the time is now.

“The election should not dictate what we dig into and what we don’t dig into, and this has been a conversation across multiple councils and across multiple elections,” she said. “It should have no bearing on how we proceed with this topic.”