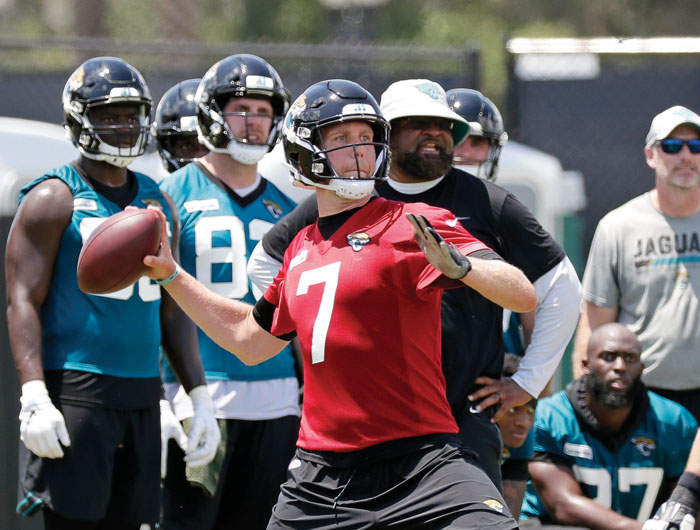 Coach Doug Marrone said “our thoughts and prayers are with Nick and his family.” Marrone offered no other details, and the team said Tuesday there is no timetable for Foles’ return.

“He knows, like anything else, that we’re here for him,” Marrone said. “The football part, we’ll just figure that out. … My mind is on more so of what’s going on on the outside, making sure I’m doing the best job I can for the player.”

Foles led the Philadelphia Eagles to four playoff victories over the last two seasons, including the franchise’s first NFL title since 1960. He earned 2018 Super Bowl MVP honors and made himself the league’s premier quarterback commodity.

Foles signed a four-year, $88 million contract with Jacksonville in March that included a franchise-record $50.125 million guaranteed. He and his wife, Tori, bought a home in Jacksonville in April and finished moving earlier this month.

The 30-year-old Foles took the field for the first time with the entire team last week, participating in all three voluntary OTAs and showing the kind of poise at the position that the Jaguars have been missing for nearly a decade.

“There are certain plays that you were making in past years and you’re there — you make the right breaks and everything — but the ball is only where the receiver can catch it,” veteran cornerback A.J. Bouye said.

“That’s an easy part,” Marrone said. “We’ll split it up and go out there and take reps and rotate them around.”

Legion baseball: Rowan rolls on with some help from…