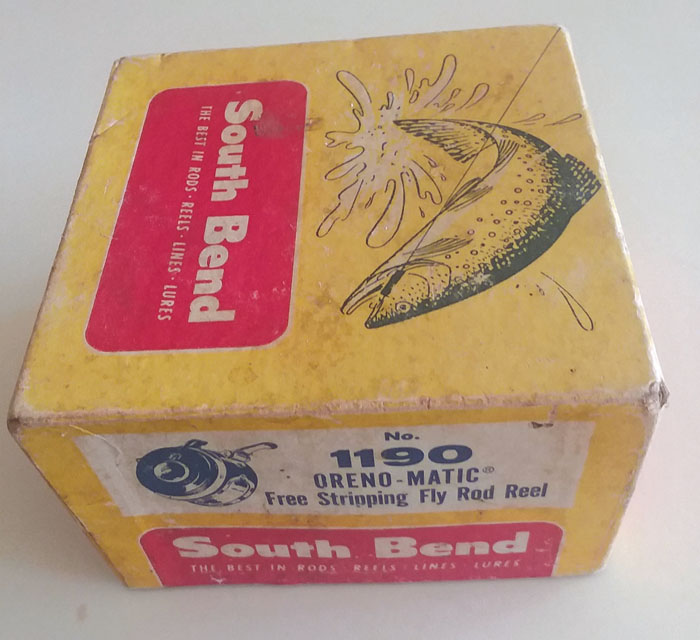 'Some people could never understand why I would keep an old busted fly reel for over 40 years.' Submitted photo

As a linguist and foreign language teacher, I have spent the better part of a half century learning and teaching Spanish and Portuguese and comparing them with English, and at this juncture I feel a strong need to lobby our dictionary publishers for the importation of a few extremely useful words into American English as “lexical borrowings”:

“Güey” (pronounced “gway”), a Mexican colloquial corruption of “buey” (ox), is the perfect descriptor for those lumbering dolts who are deprived of their senses by their cell phones, especially at red lights, and make the entire column of vehicles wait 10 seconds to proceed unless snapped back to reality by a sharp horn blast.

“Ñame” (pronounced “NYAHmay”) from the Yoruba word for “yam” (a staple starch of the Nigerian diet) is used colorfully by Cubans to describe individuals who, though possibly lacking in intelligence, nonetheless appear to prosper and even influence others in contemporary society. Any number of the “talking heads” who have taken over television “news” might aptly be described as a “ñame con corbata” (“a yam wearing a necktie”).

“Plomo” (pronounced PLOHmoh”), Peninsular Spanish for a party-pooper, is actually the word for the element lead. I have worked on enough casting projects to understand the relative heaviness as well as the dullness of its soon-to-oxidize surface. They have another word for party-pooper, “aguafiestas” (literally “water on the party”), but I have always found the image of an inert hunk of lead more amusing.

“Saudade” (pronounced “sowDAHjee” in Brazilian Portuguese) is an amalgam of nostalgia, longing, and wistfulness that none of these English words captures adequately on an individual basis. It is the perfect descriptor for what I felt last week when, in the course of sorting through over 25 years of accumulation on the garage shelves in anticipation of listing the house soon, I came upon a little yellow box that had long lain in an unseen spot on the middle shelf.

The box once contained a brand-new automatic fly reel that my Granddaddy had paired with the latest fiberglass fly rod and given to me when I was 10. He had taught me to fly cast with his rig, a considerably more delicate bamboo rod with a simpler reel, and he felt I might need my own for those few times I went fishing without him somewhere. He showed me how to rig the leader with a floating popping bug and a wet fly about two feet behind it, and I often caught two fish at once with the two lures.

I can close my eyes even now and still see that rock wall on the way out of Lick Creek where he patiently sculled the boat down the bank as I fished. Cast, pull in a bream, throw him back, cast again. I am confident that I repeated this sequence thousands of times as I grew.

I can still feel that almost imperceptible tug that meant a little bream had hit the fly or see that rod bend almost in two if perchance a bass got hold of the popper. Then Granddaddy would chuckle under his breath as I labored to subdue it.

I always planned to scull the boat for him some day while he fished, but sadly that day never came. I do my best to impart his legacy to my grandchildren now, and I know he is up there smiling. Some people could never understand why I would keep an old busted fly reel for over 40 years, but you do, don’t you?