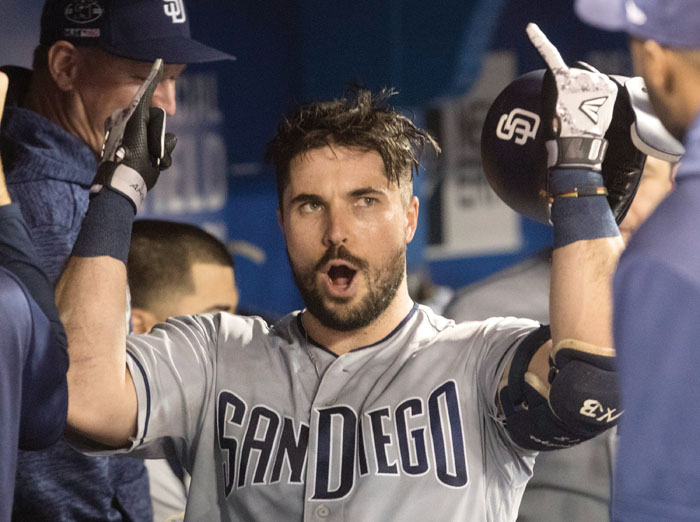 San Diego Padres Austin Hedges celebrates in the dugout after he hit a home run against the Toronto Blue Jays during the third inning of a baseball game Friday, May 24, 2019, in Toronto. (Fred Thornhill/The Canadian Press via AP)