‘Prairie Fever’ may be Parker’s best 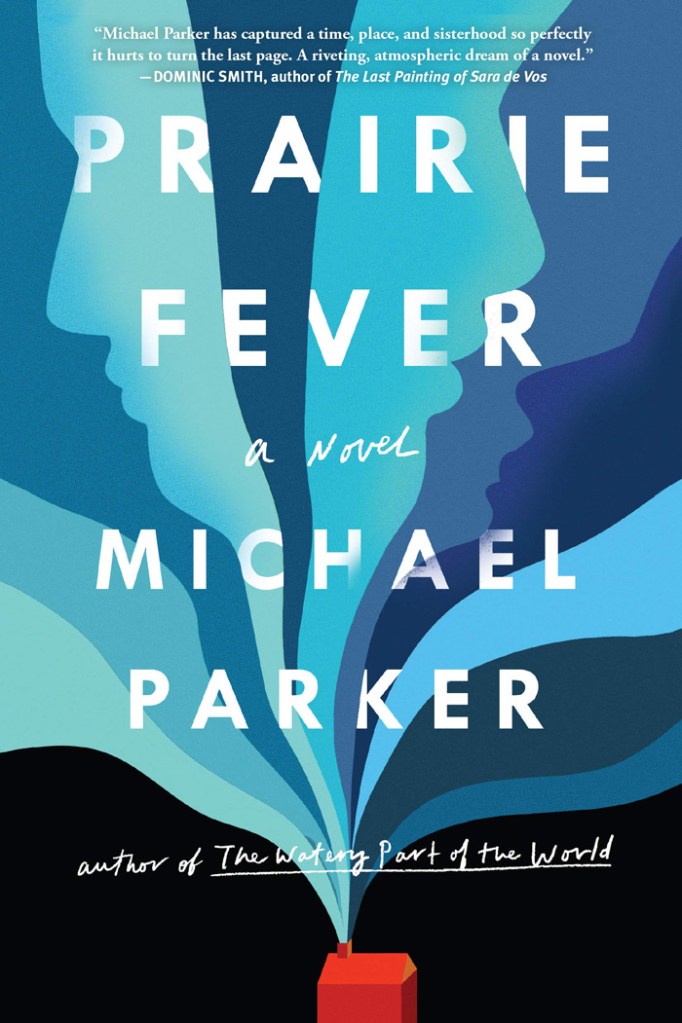 Michael Parker will infect readers with a fever for his storytelling skills and his beguiling prose in his new novel, “Prairie Fever.”

Sisters Elise and Lorena live a dusty life in Lone Wolf, Oklahoma, where their father has a farm that he fails to work, and their mother is grieving the loss of her two boys to prairie fever. Typhoid, as proper Lorena coldly points out. She blames her father and will never forgive him.

Elise is the dreamer and composer of imaginings, and speaks some of the most compelling words in the book. Lorena is pretty, practical and probably smarter than their teacher, Gus McQueen, fresh out of North Carolina with not a degree to his name.

Parker tells their story with a simple plot full of complicated feelings. He uses finesse and projects a certain longing, which the sisters amply describe.

But they are a unit, at least in Elise’s mind, sharing an attic room in their drafty house, sharing the daily horse ride into school, and sharing a blanket that keeps the brutally cold world away from them atop their horse, Sandy.

Each morning, their mother pins an old Kiowa blanket around the sisters for the ride to school. Elise, the younger by two years, leans into her sister’s back, reciting stories from the Kiowa County News, making up tales, the bit of visible sky the limit of her world.

The early story takes place in bitter cold. Elise thinks, on an icy night in their attic room, Elise in a nearby cot, “But it was so cold up there, with only thin board and shingle separating them from icy, snow-belching clouds, that her words froze sometimes before they bridged the gap. Having turned to ice, her sentence shattered into letters, and each letter tinkled like chimes onto the floorboard.”

Young Gus McQueen is hardly older than Lorena and knows nothing about teaching. After Mr. McQueen unpins the girls from their blanket, they enter a one-room schoolhouse, where they learn alongside the Bulgarians, three brothers who go to school to avoid work on the farm and Edith Gostwegon, who is full of opinions, most of them misguided.

McQueen is from North Carolina, an unimaginable place out east, which he describes to his class one day.

“Where I come from there is a streak of redness in the earth that is violently beautiful. … The same qualities that give the soil its beauty — I am talking about the color of clay — make it the devil to get off of your shoes.”

Elise loves the words “violently beautiful,” and the reader will too, as Parker continues to astound with his turns of phrase. He’s sincere, then satirical, his sly wit showing through. There’s nothing earth-shattering here, just a simple story told in such a way you can feel that frigid coyote wind and smell the dust of the prairie.

Curious Elise puts the story into motion when she plans to put on a play about a dastardly murder in Hobart that she read about in the Kiowa County News.

To make sure a certain point of her play is absolutely accurate, she determines she must visit Hobart. She decides to set out, on their faithful black horse named Sandy, with Lorena. They will go to school, make some excuse, sneak out and let Sandy take them to the town 5 miles away. Only it is the coldest, snowiest day of the year, perhaps ever, in Lone Wolf, and when Lorena declines to be a party to such foolishness, Elise goes on her own.

Lorena, disgusted by the whole scheme and embarrassed, waits to raise an alarm. Mr. McQueen has no choice but to take her and his horse, The Beatitudes, into the blizzard to look for the lost sister.

As Lorena puzzles about what to do, she thinks of her “odd” sister, “But into my ear, while covered from the cold winds of the prairie under the dark blanket, she whispered things that made my bones go away. She said things, things that might seem silly to others, that made me rise from the burden that was and is still my body. It was as if she herself never bothered with her body — never bothered to think about it, never bothered to compare it to others, to note its inadequacies. To her, it was a like a skiff, bringing her from one shore to the other.”

Even Elise cannot imagine away the cold that strikes her, maiming that body. Lorena begins a decades-long shouldering of blame and anger.

“Just tell me does she breathe,” she asks Mr McQueen as they blindly grab Elise in the waist-deep snow.

The rest of the book hinges on what happens after Elise’s near-freezing and what Mr. McQueen feels for the sisters.

Parker skillfully unwinds a future for the three, how they are tied to each other, and loosened, how far apart they can be, and still so close as to hear whispered voices.

While some readers may think Elise is “tetched,” others will see that she is full of heart and dreams and has a disregard for what people expect of her.

Elise determines her future, while Lorena wanders about in hers,  abandoning her college education when Mr. McQueen changes his mind.

Elise is good at starting over. Lorena is rigid and feels she has been treated badly. She retreats, taking a teacher’s job in a tiny town in the middle of nowhere, Wyoming. How much further can she run? Deeper into nowhere, to Recluse, Wyoming, a land of no trees, howling winds and endless grass.

Elise, a wife and mother, has a lightness about her, as if her feet do not touch the hard dirt. She writes to her estranged sister by addressing the letters to Sandy, the horse they once shared, making jokes, giving details, mildly questioning her sister and her plans.

For a time, there are no answers. When they do connect, after a few detours and bad starts, they remember how to speak to each other, and why the bond is vital to both, and to the people who love them.

The final chapter of the book lifts from the dusty road to the back of a horse named Sandy, to the blue sky visible above that blanket of long ago.

Zucchini season is here — make the most of…